Against Hate - A Film by BK Williams

Against Hate - A Film by BK Williams 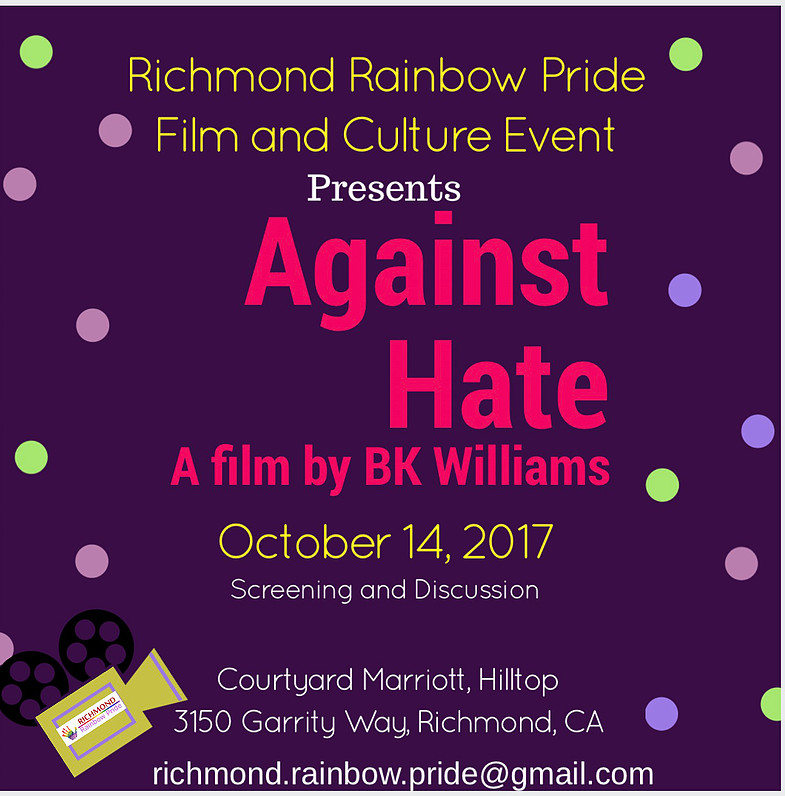 In the wake of the horrifying demonstrations of racism and hate in Charlottesville, VA many of us are looking for opportunities to connect with others and discuss what we can do to combat hate in our community.

Richmond Rainbow Pride, an organizational representative to the Richmond Progressive Alliance, will be screening "Against Hate", a film by BK Williams, October 14 at 7:00 in Richmond. The lens for this journey is through the eyes of Jovanka Beckles, standing up to the 21st century icons in her community. This documentary does not attempt to dissect all of the issues at hand, but rather seeks to peel back layers to expose conduct, strength, homophobia and injustices under the law while questioning what is right; law or not. The film further reveals a pattern of human rights violations/infringement that expose surprising similarities between those of "concerned citizens" and some in the "black community" that attack Ms. Beckles as a queer black woman of color and Chevron’s efforts to bend Richmond to their will through community interest groups engineered to look like organic grassroots organizations.

Join us for this film and a post-screening conversation on the topics of intolerance and hate -- topics which are still sadly are all too relevant in our society.