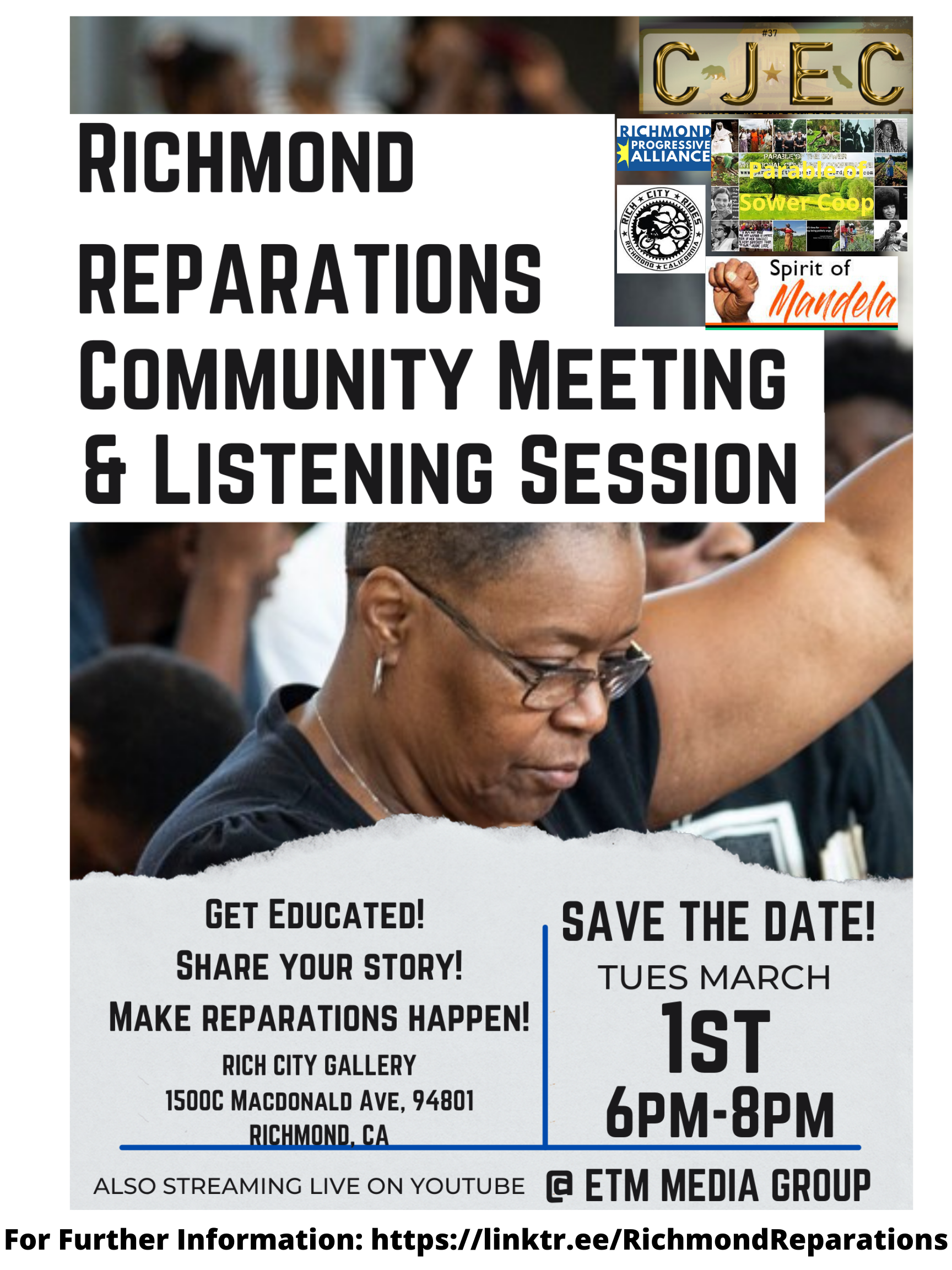 To date, California’s first-in-the-nation Reparations Task Force has held six virtual meetings covering a broad range of issues important to Black Californians. The California Reparations Task Force is required by law to hold at least 10 public hearings. These hearings are streamed live on YouTube at ETM Media Group and online at https://oag.ca.gov/ab3121. In 2021, the Task Force approved 12 Community Listening sessions in addition to the 10 public hearings.

Our partnerships are in the process of hosting further listening sessions in Marin City, Vallejo, Oakland, San Francisco, and throughout California.  We will soon be discussing the other  organizing efforts that will be including further African American testimonies to support this California Legislation.