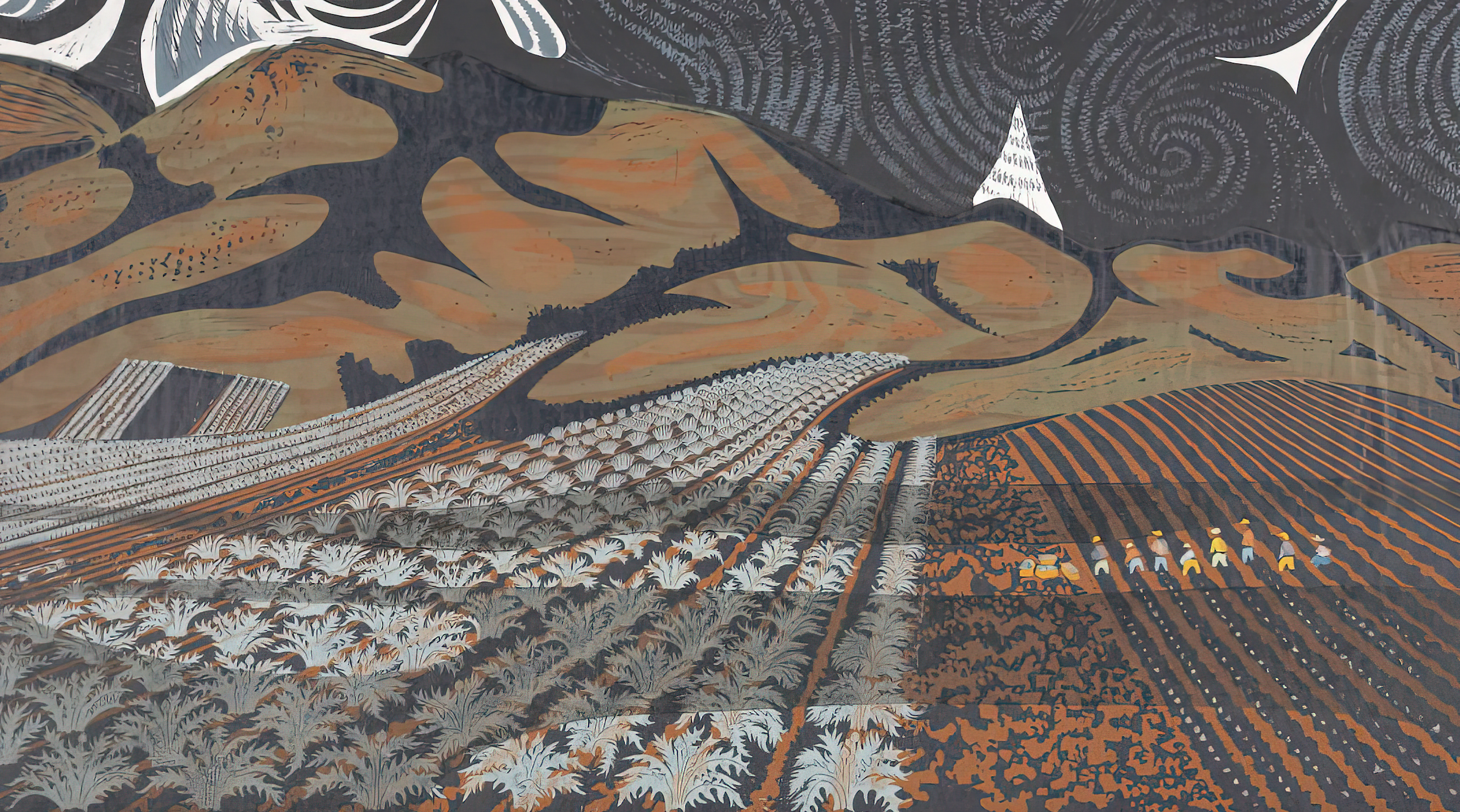 Hello! Introduce yourselves and tell us how you came to curate the Emmy Lou Packard retrospective currently on view at Richmond Art Center.

Rick Tejada-Flores: I met Emmy Lou Packard in the 1960s. She was an artist, primarily a printmaker, but she also painted and created murals. I was an art student at the time, and she asked me to gallery sit for her and she taught me how to print artist editions. Later when I became a filmmaker, Packard assisted me when I made a film on Diego Rivera in the United States. When Packard died in 1998, she was known to a small circle, but no one had seen her art in many, many years. We thought that now is an ideal time to bring her back to the public.

Robbin Légère Henderson: I am currently spending most of my time making my own art, a combination of text and drawing to create graphic narratives, but I spent more than 30 years as a curator and director of various community art centers promoting the work of artists from the Bay Area and beyond. Rick and I have both admired the work of Emmy Lou Packard for decades. My parents acquired some of her prints that were displayed in our home. When Rick invited me to help him organize this show, I was eager to help him shine a light on this powerful, but long overlooked woman artist. Packard was friends with people who were friends of my parents in the Bay Area, so I was aware of her as a real person—not just a remote figure.

Who was Emmy Lou Packard? Why do you think people today might be interested to learn about her story and see her artwork?

Robbin: Packard was primarily a printmaker and painter, but she also experimented with many mediums including cast concrete, plastic, and mosaic. She turned to printmaking because she wanted people of limited means to be able to acquire original art and multiples can serve that purpose. Packard objected to many of the issues of inequality—racial and gender discrimmination, low wages, and the use of public money to support wars for the benefit of capitalism—that continue to confront us today.

Rick: When Packard was twelve her parents took her to Mexico, because her father was an agronomist working for the Mexican Government on irrigation issues, and her mother introduced her to Diego Rivera, the famous muralist. When they met, Rivera decided she was a really talented young girl so he gave her art lessons. So imagine, you’re twelve years old and Diego Rivera is teaching you how to paint! This sort of set the direction for Packard’s life. When Rivera came to the United States to paint a big mural at Treasure Island in 1940, he brought her on as his chief assistant. Emmy Lou Packard is actually depicted as a central figure in the mural—the artist in the red sweater standing at an easel. I think this connection with Rivera formed her political and artistic vision as well. [Rivera’s Pan American Unity mural is currently on view at SFMOMA.]

Robbin: Packard’s relationship to the great muralist and painter, Diego Rivera, is an example of how older artists can mentor and inspire those coming after them.

Rick: Later, in the 1980s, she herself mentored a whole generation of artists in the Mission District of San Francisco, supporting the new emergence of murals, and political and social art. So that’s a really important side of her that people don’t really know about. It was very important to her that whatever you do, it is vital to pass it on to the next generation.

Emmy Lou Packard has an important connection to Richmond. Tell us about Packard’s work at the Richmond shipyards.

Robbin: Emmy Lou Packard worked at the Kaiser Shipyards as an editor and artist for the in-house newspaper, Fore ‘n Aft. The work exposed her to the involvement of women and people of color in the defense industry during World War II. She identified with the solidarity that working together can create, and also the double burden of working women who also care for their children. Her editorials described working conditions and her cartoons represented workers’ lives—the night shift, the commute, women cooking wearing hard hats—this no doubt resonated with many readers. Her cartoons also advised vaccination against communicable diseases and the importance of voting. All of these concerns are still relevant.

Rick: For the exhibition at Richmond Art Center we were lucky to loan pages from Packard’s  personal scrapbook that includes her newsprint illustrations from Fore ‘n Aft.

Last question, was Emmy Lou Packard’s artwork political? How did she express her progressive views?

Robbin: Packard’s work appealed to people for its beautiful color, strong design and its narrative content. She promoted the dignity of labor, celebrated the beauty of the natural environment and progressive political principles such as peace, racial diversity, and the joy of children. Usually, her progressive perspectives were implied, rather than overtly expressed. The urgency of environmental protection is implicit in her evocation of our rural landscape and abundant sea life. Her appreciation for California’s workers, especially those who provide our food, is reflected in the bent backs that tie their individual labor to the land that sustains us. Sometimes though, her work offers a challenge to power. For example, her famous poster “Peace is a Human Right” and some of her topical cartoons express those ideas. Packard’s advocacy for the environment helped to preserve the Mendocino headlands which is now a state park, instead of a wall of homes and hotels limiting public access. Packard’s efforts 60 years ago, reminds me of today’s Richmond residents’ fight to preserve the wild landscape of Point Molate from development.

Rick: Packard's art is political, but in subtle ways. She celebrates workers in their daily lives and not on the picket lines, in the grace of their interaction with nature instead of the constant struggle between the human person and machine; worker and boss. She felt that people need art as part of their daily lives, but couldn't afford to buy paintings; so she created her beautiful, low cost images for them to hang on their walls. What looks like non-political work is deeply rooted in her politics of equality and her belief in the importance of art in daily life. 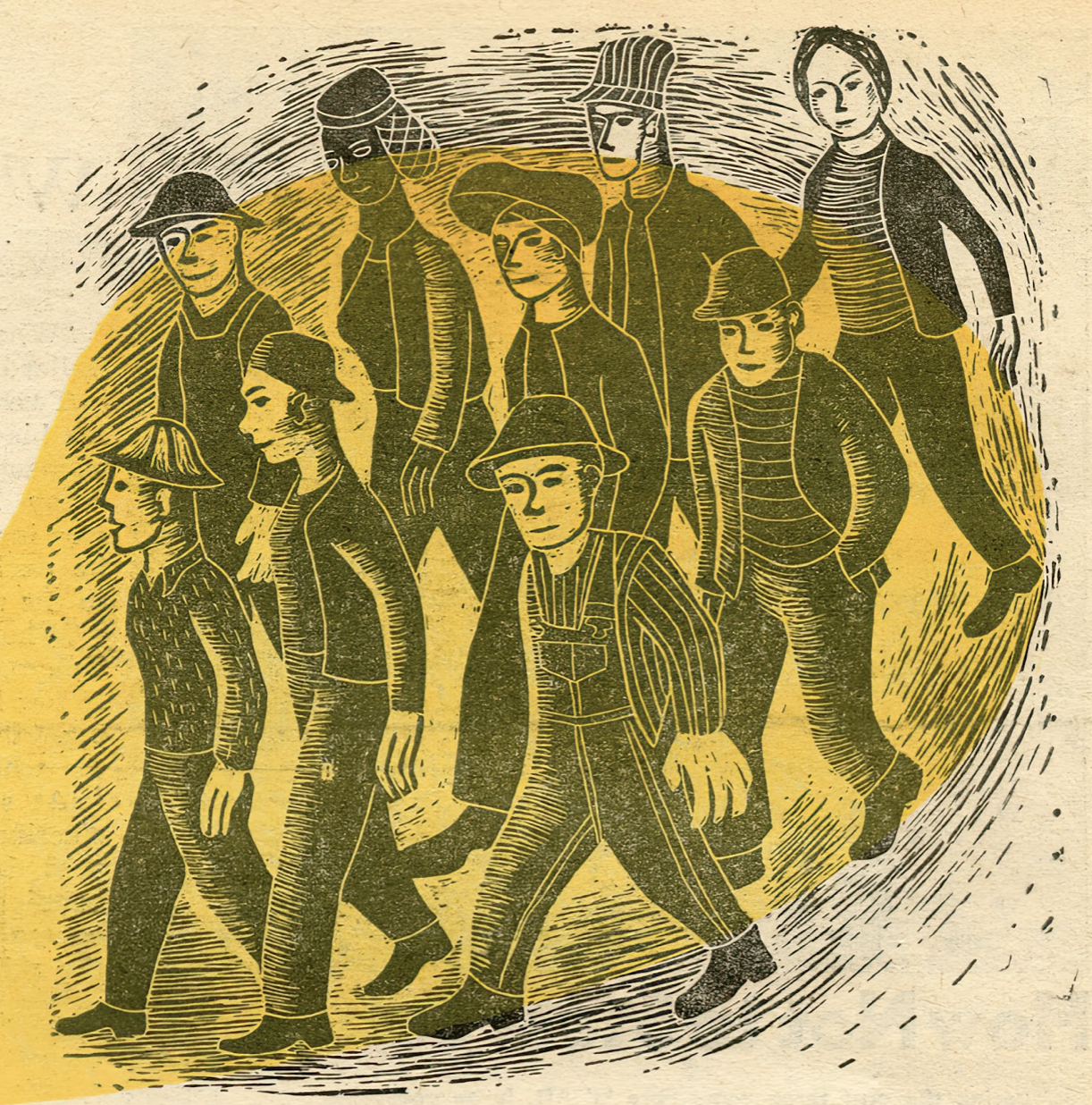 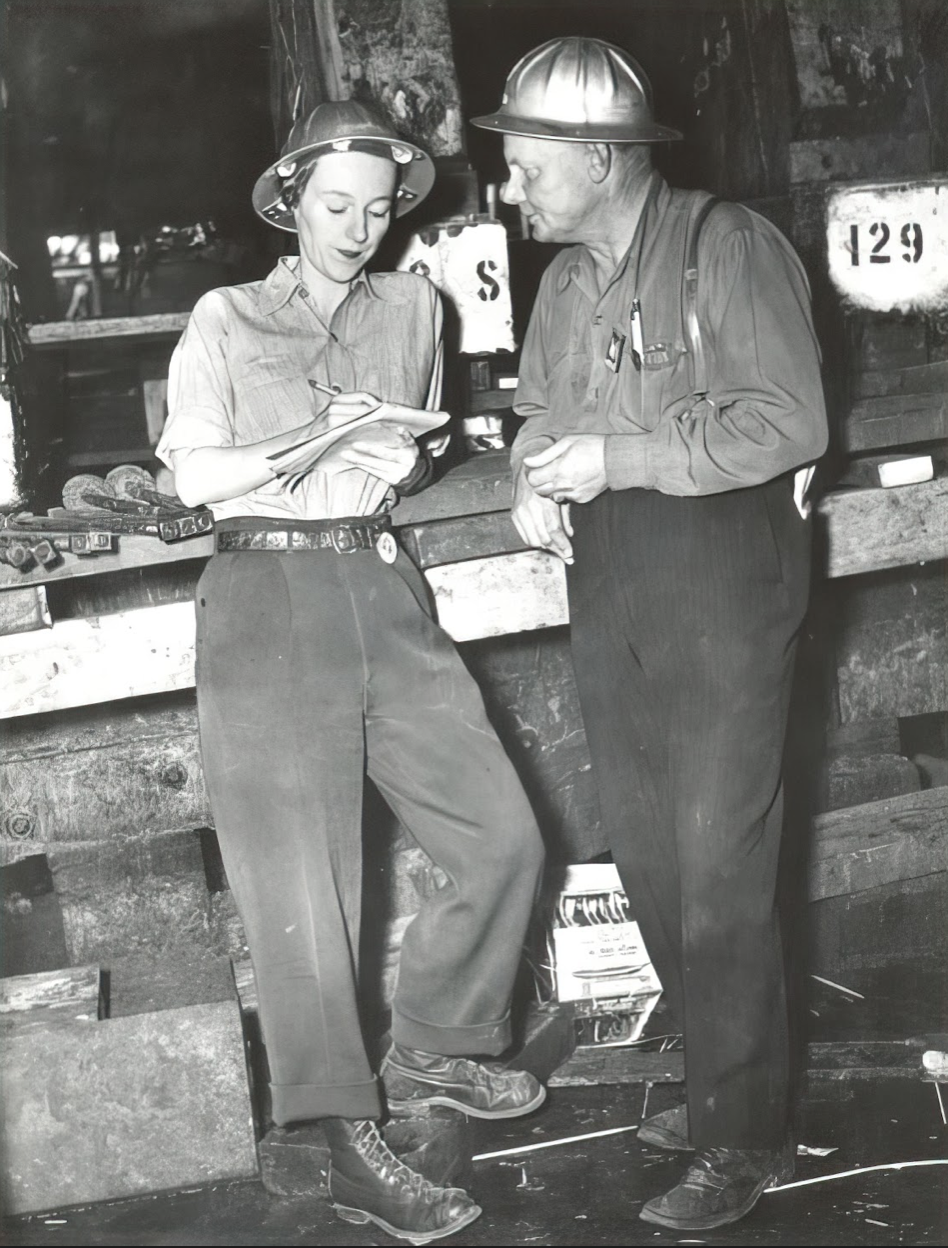 Rick Tejada-Flores is a documentary filmmaker whose works have explored art and politics, including profiles of Diego Rivera, Jasper Johns, Jose Clemente Orozco and Cesar Chavez. They have been shown on PBS, Sundance Channel, History en Español, and Channel 4 UK, and at the National Museum of American History and British Museum. Tejada-Flores printed for Packard in Mendocino, and remained a friend for the rest of her life.

Robbin Légère Henderson organized exhibitions focusing on art and politics as director and curator of Berkeley Art Center for 20 years. A graduate of U.C. Berkeley, Henderson has served as curator at Intersection for the Arts and was a co-founder of Southern Exposure Gallery. For 10 years she has freelanced as a curator and speaker on her illustrated history of a woman labor organizer in the 20th century.

Richmond Art Center has been sharing art and creating with the community since 1936. Our programs encompass classes, exhibitions and events at our facility in downtown Richmond, as well as off-site activities that bring free, high-quality art making experiences to WCCUSD schools and community partners. richmondartcenter.org