Gov. Brown: Not as Green as Meets the Eye

Gov. Brown: Not as Green as Meets the Eye 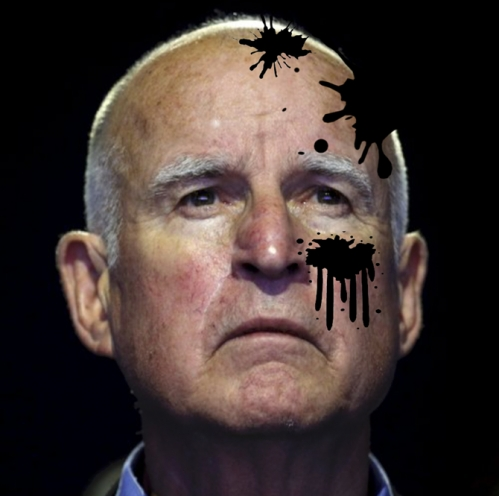 Governor Brown jetted to Bonn, Germany last month in an attempt to showcase California’s leadership on climate change. While there are indeed inspiring things happening in this state, savvy enviros and grassroots activists are not buying the Brown’s greenwash. When he was confronted with climate justice and indigenous peoples organizations chanting “Keep it in the ground!,” Brown retorted in Trumpian style, “Let’s put you in the ground.” (Ouch!)

A recent oped by Bill McKibben in The New Yorker, titled “Why Governor Jerry Brown was booed at the climate summit,” sums it up:

Brown has so far declined to curtail even fracking and urban drilling, the dirtiest and most dangerous kinds. In his Bonn speech, he offered the most tired of explanations: “If I could turn off the oil today, thirty-two million vehicles would stop, and ten million jobs would be destroyed overnight.” But, of course, no one is talking about turning off the flow of oil overnight. That’s the point of “managed decline”—an orderly retreat from the fossil-fuel precipice. And, in truth, no one is better situated than Brown to lead it. California doesn’t depend on oil and gas the way that, say, Russia or Saudi Arabia or Oklahoma does; the state is full of the world’s most vigorous entrepreneurs, many of them making fortunes on the energy transition.

And then there’s the fact that Brown is on the way out, term-limited and hence insulated from the political power of the fossil-fuel industry. He could do his successor—and the rest of the world—a huge favor by, for instance, announcing that California will no longer grant new permits for exploration or major infrastructure development. Such a commitment would shut down nothing except the petroleum industry’s scientifically and economically flawed assumption that it can maintain its business model indefinitely.

Brown may be captured by corporations like Chevron, which contribute millions to his campaigns, but real leadership is coming from the grassroots across California. Five counties have banned fracking (something that Brown is loathe to do). The most closely-watched ban is Monterey County’s Measure Z, which voters approved in a 2016 countywide ballot initiative. It calls for an end to fracking, new oil wells and a phaseout of wastewater injection in the county; and is being challenged in the courts by Chevron and other oil companies. A Monterey Superior Court judge is expected to rule soon on it.