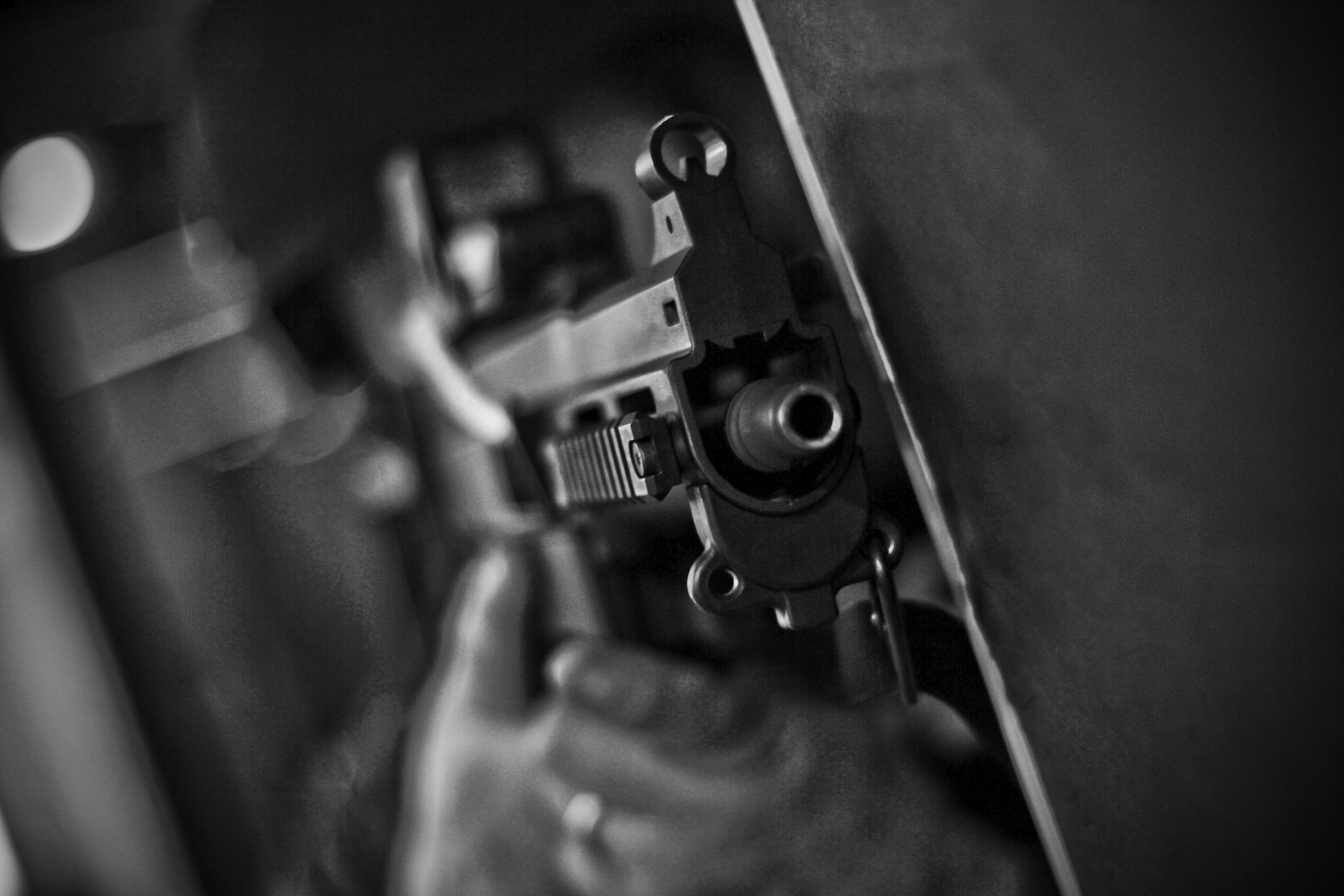 We live in a country where a recent draft opinion by the Supreme Court seeks to “protect” unborn babies by stripping away a woman’s right to abortion. And yet, in this country, the state and federal governments do not protect school children by banning assault weapons that allow a killer to rapidly fire large rounds without the need to reload. The same governments will not make it impossible for killers to obtain handguns and weapons, even if they are high-risk persons.

There used to be a ban on assault weapons. The Public Safety and Recreational Firearms Use Protection Act prohibited manufacturing or the sale for civilian use of certain semi-automatic weapons while banning magazines holding 10 rounds or more. Senator Diane Feinstein introduced Assault Weapons Ban of 2013, which strengthened the earlier 1994 Assault Weapons Ban and state bans, addressing millions of assault weapons and large capacity magazines. This ban had a 10-year life span unless renewed by Congress. It was not renewed.

California attempted to prevent high-risk people from purchasing firearms by limiting a convicted person whose crime is determined to be a violent misdemeanor for having a gun for 10 years following conviction (most other states require the crime be a felony to render one unable to buy a firearm). California further requires background checks.

But weapons and their users are complicated. In reviewing the National Institute of Justice’s Public Mass Shootings: Database Amasses Details of a Half Century of US Mass Shootings with Firearms, Generating Psychosocial Histories (published 2/3/2022), findings included the following:

Recent shootings, particularly the one in Uvalde at Robb Elementary School, hit our news circuits in a different way. In that horribly deadly massacre, an 18-year-old commandeered $9,000 (roughly calculated) worth of weapons and entered the elementary school. Eighty minutes passed between the time officers were first called to the time they finally entered locked classrooms and killed the gunman. Nineteen children were killed while nineteen police officers stood outside handcuffing parents, holding their position, and waiting for further instructions, leaving elementary students locked inside with a killer intending to do harm.

In the Bay Area, including Richmond, guns on the black market are easily and readily accessible. According to Captain Timothy Simmons, police manager of Richmond Police Department (RPD), guns are traded between people and then used for multiple crimes. The network of affiliates moves the firearms to different locations. The police can link weapons by test firing them and comparing shell casings that are tied to multiple crimes. The use of the same weapon in multiple crimes muddies the trail of the weapon, making it more difficult to associate a particular weapon to a crime. Most individuals involved in this exchange of weapons are between the ages of 16 and 21.

In March 2022, a shooting occurred at Richmond’s DeAnaza High School. The shooting is currently under investigation. Captain Simmons has provided a general description of the incident, wherein school had been let out for the day and many of the students at the 1,400-person high school had left campus for the day. Remaining were plenty of students engaged in after-school activities or otherwise still on campus.

A single DeAnza student sat “minding his own business” when several youths walked by who did not attend the school. They rushed him and, in the attack, he pulled out a gun. While pistol whipping his attackers, the gun (later determined to be old and likely not well maintained) exploded and crumbled to pieces. The other two youths (who did not attend DeAnza) ran away to a waiting car. Shots were fired from the car before it sped away.

Richmond Police Department (RPD) was called. As soon as they arrived, they immediately entered the school knowing there was a gun involved. The event was unfolding and there was no wait period.  As additional officers arrived, they began helping to secure the premises. Details of the youths involved who drove away were obtained. Officers entered the school to make sure there were no threats inside; talk to students who might have witnessed the event; find anyone who might have been hurt or in need of life-saving aid; and call parents as needed.

Simmons described RPD as oath-oriented when it comes to responding to the community. They were there to protect the community of students. Though someone was hurt in an altercation, no one was harmed by gunfire. No one was shot. No idle police officers showed up and stood outside leaving students unprotected and in danger. So much more harm could have happened. But it didn’t.

That a DeAnza student appears to have spent the entire school day in possession of a weapon on campus raises additional concerns both about the safety issues at school and the need a student felt to carry a weapon to school.

Simmons stated the aim of RPD is to stay oriented on relationships, and that the relationship is not reliant on proximity. Responsibility for students at school does not require a school resource officer (SRO), but it requires community officers who are in touch with schools and ready to act.

If we live in the real world where literal weapons of mass destruction can be easily obtained, then there is the potential for harm. Guns are designed to destroy. And they cause damage and loss of life. And with the constant threat of the potential for harm, reconsideration of the need for guns to be legal needs to be addressed. It’s time to let go of the right to bear arms until we can prevent their misuse.