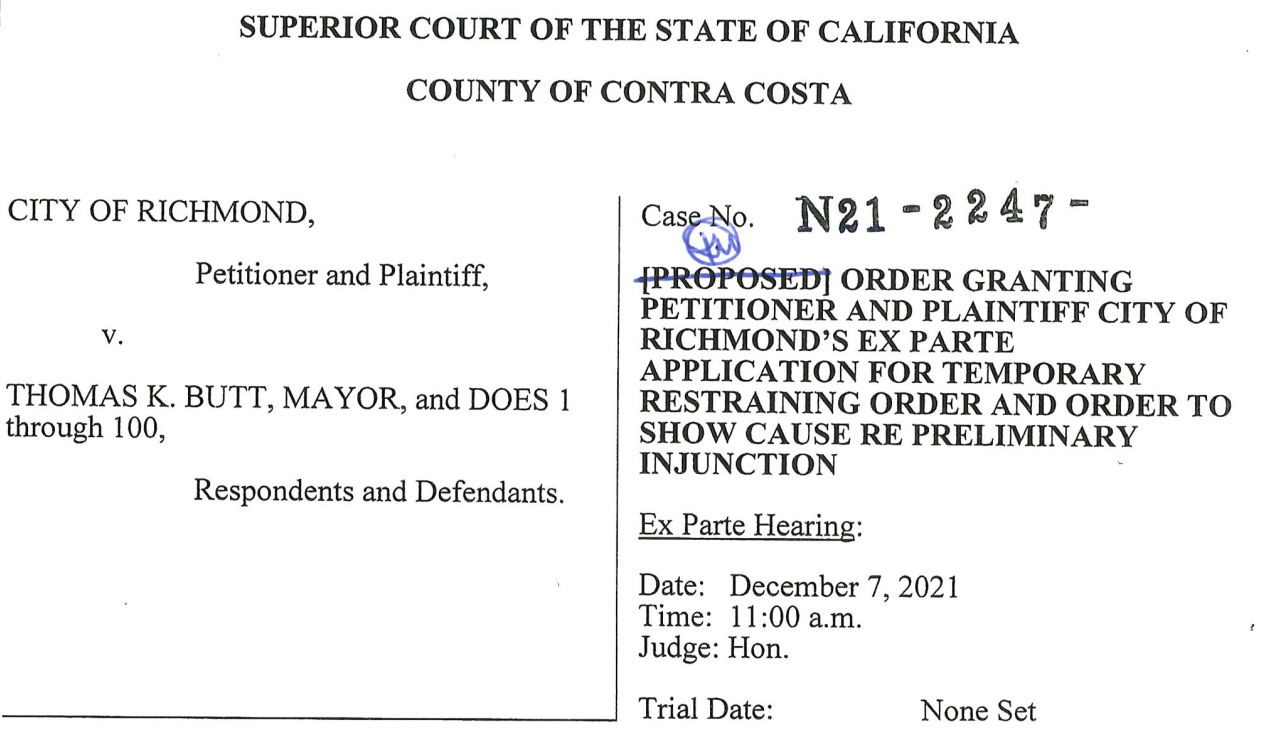 The City’s petition asserts that, “despite these clear legal mandates and duties, and despite warnings and requests from the City Attorney to comply with his duty as a City official,” the Mayor has refused to remove privileged information from his E-forum.

“The Court, having found that:

a) Petitioner and Plaintiff City has demonstrated a likelihood that Respondent and Defendant Mayor Butt’s unauthorized disclosure of the City’s attorney-client privileged communications is unlawful and exceeds the scope of Mayor Butt’s authority;

b) There is likelihood that the City will suffer irreparable harm if Mayor Butt is permitted to continue to disclose, without authorization, the City’s attorney-client privileged communications during the pendency of this action;

YOU ARE HEREBY IMMEDIATELY ORDERED RESTRAINED AND ENJOINED

from continuing to post or otherwise disclose, transmit, or divulge on your website, www.tombutt.com, the City’s privileged and confidential written attorney-client communications you disclosed, without authorization, on your website on November 5, 2021, and again on November 16, 2021” [emphasis mine].

The document provides a four-page description, entitled “Factual Background,” of the events leading to the City’s request for a restraining order against the Mayor. Details are provided about several posts made on Mayor Butt’s E-Forum, which publicize attorney-client privileged information about ongoing federal litigation. Description of subsequent actions taken to intervene were also provided, including two Cease and Desist letters from the Office of the City Attorney and a resolution passed by the City Council to censure the Mayor.

The bulk of the filing goes on to make the legal argument supporting this restraining order. The major points are as follows:

The Mayor and his supporters have indignantly maintained that the City’s actions against his confidential disclosures are a violation of his First Amendment rights. The memorandum counters this argument. Using federal and state case law, the City reminds the court that the Mayor “may benefit from the First Amendment’s shield only when they themselves are not involved in prior wrongdoing involving the communications in the first place.”

The Mayor must submit opposition papers by December 16, and a hearing will be held on January 5.

Further reading on the basics of the Brown Act issues involved can be found here.