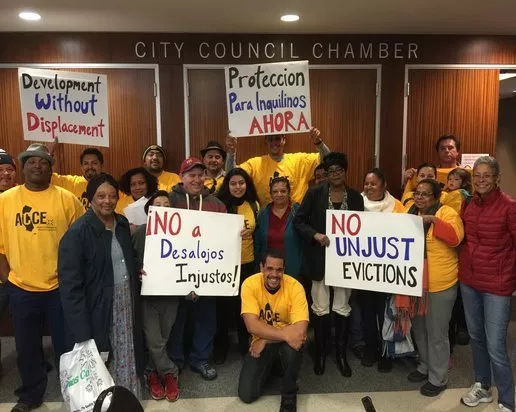 Many experts believe that one of the most cost-effective ways to prevent homelessness is by preventing evictions.

One tactic for preventing evictions is through emergency grants. East Bay cities, counties and non-profits (such as Catholic Charities of the East Bay) offer eviction prevention funds, some of which are supported by federal Housing and Urban Development grants. Eviction prevention funds may be dedicated to particular populations, such as veterans, single moms with children or disabled people facing the loss of housing. Others are more general and can assist families who are falling behind on their rent. For example, a family may experience a health crisis or the death of a family breadwinner, and face a landlord who does not hesitate to begin eviction proceedings. A grant of a few thousand dollars – perhaps in combination with legal assistance from groups like Bay Area Legal Aid -- can serve as a critical safety net and make difference between housing stability and being out on the street.

Other ways to prevent evictions is through strengthening tenant rights and public policy. In Richmond, Measure L – the rent control and Just Cause for evictions ordinance – has helped keep people in their homes. (It has never been a solution to the lack of affordable housing, as opponents have falsely argued.) But on the state level, these anti-displacement measures have struggled to take hold. A state-wide rent control and just eviction ballot measure failed in 2016 after an intense $80 million lobbying campaign by landlords.

But recently, AB 1482, sponsored by Assemblyman David Chiu (San Francisco) has gained momentum and is advancing to the Senate. “We have millions of Californians that are one rent increase away from being forced out of their homes for decades,” Chiu said in a Los Angeles Times article. “They are our neighbors. They are our co-workers. They are our brothers and sisters. They are our grandmothers.”

Chiu’s bill would limit rent increases to a maximum of the consumer price index plus 7% per year. The bill had originally included a lower rate, but it was raised after push-back from real estate and landlord lobby. It would also only apply to units constructed more than ten year ago, and would phase out after three years. Finally, the legislation has some anti-eviction measures but they are weak compared to those in a companion bill, AB 1481, which stalled this session. Although some housing advocates are not happy with Chiu’s (now watered-down) bill, they are encouraged that some progress is being made.