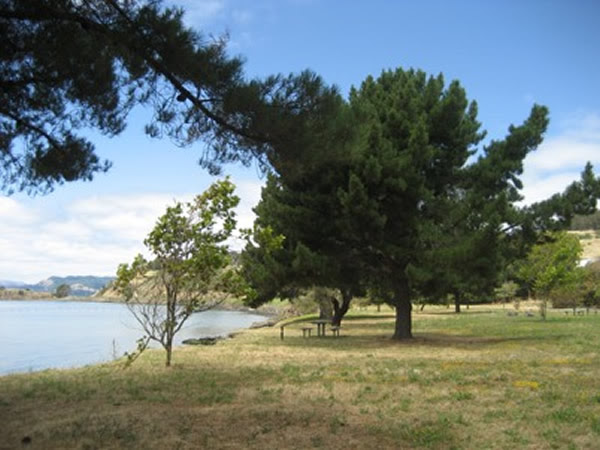 In the latest attempt to deny public input into the future of publicly-owned Point Molate, the newly- seated Richmond City Council voted Tuesday January 15, 2019 to amend the RFP on Point Molate, removing restrictions and gutting community benefits: No limit on number of units to be built, no limitation on building on southern watershed (AKA Drumlot 2), no affordable housing beyond City ordinance requirements, and no guarantee that financial burden will not fall on the City.

Public speakers opposing the item included members of the Point Molate Alliance and the Richmond Community–owned Development Enterprise (RCDE). During her testimony, Tania Pulido of RDCE asserted, “New developments should intentionally close disparities in income, wealth, health and affordable housing. By approving Tom Butt’s changes, we will remove the community vision of the RFP, the heart of the RFP, that we worked so hard to get to.” She called for restrictions on Pt. Molate development in order to prevent this public resource from being “only for those who can afford it.”

What is next for Point Molate? A community resource or an exclusive high end housing development? The City has been sued for a Brown Act violation because the closed-door settlement made with failed Casino developer Jim Levine was an attempt to avoid public process. The case will be heard in February. Meanwhile, the Point Molate Alliance invites you to a meeting on Thursday, January 24 at 6:30 pm at the Bobby Bowens Progressive Center (2540 Macdonald Ave., Richmond).

The Richmond City Council meetings can be viewed on KCRT. A history of Point Molate and its valuable natural resources can be seen on the Point Molate Alliance web site.