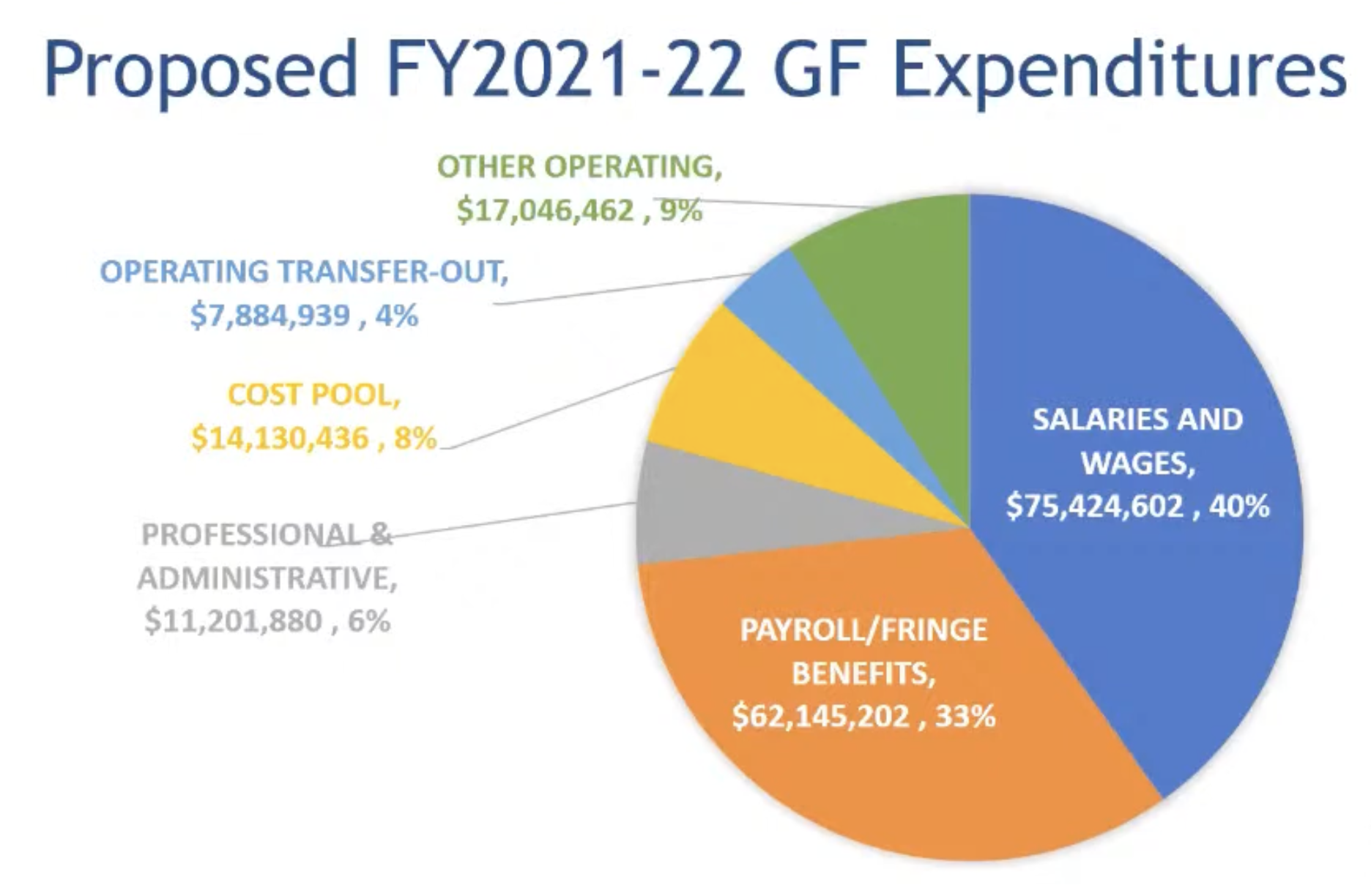 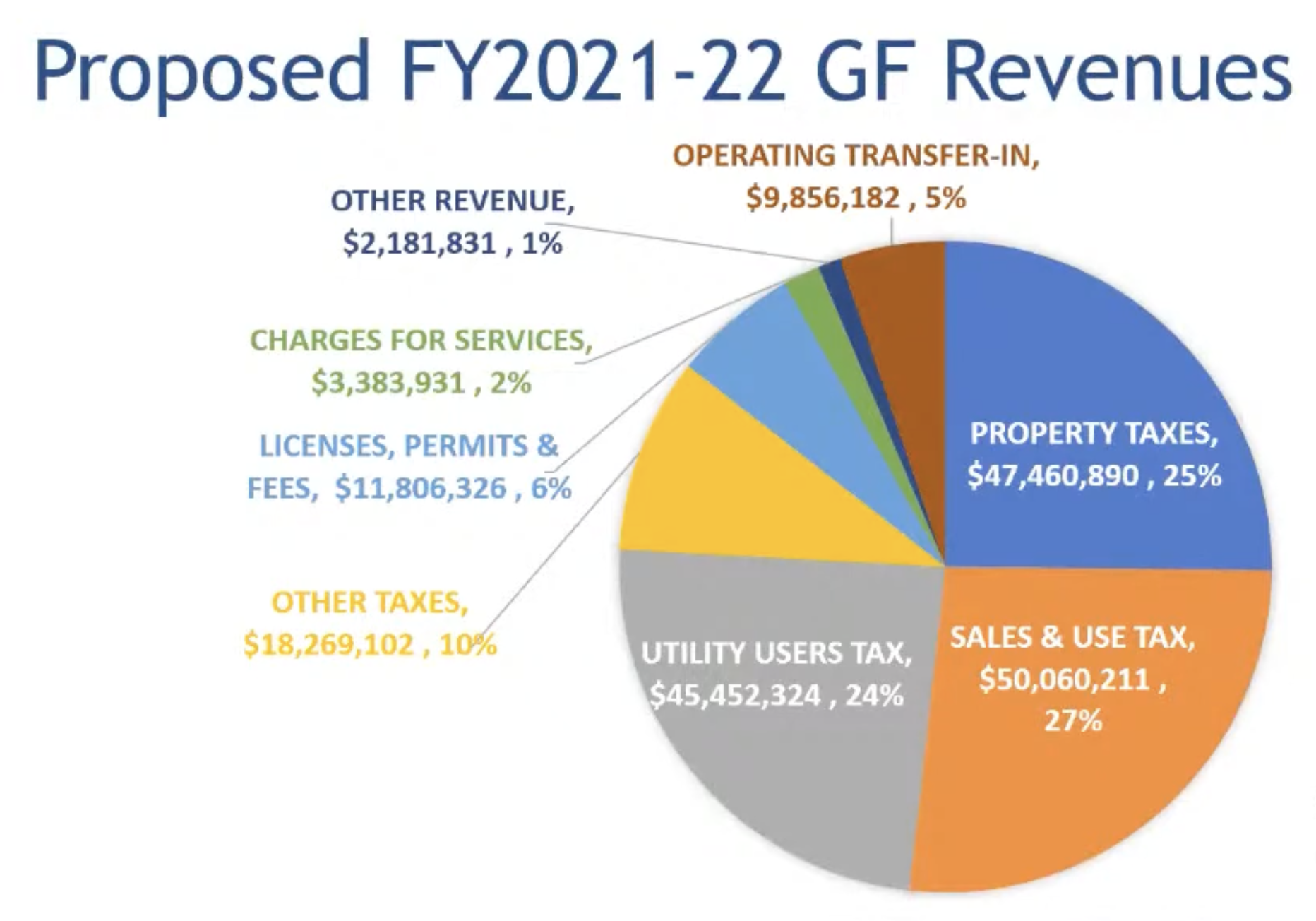 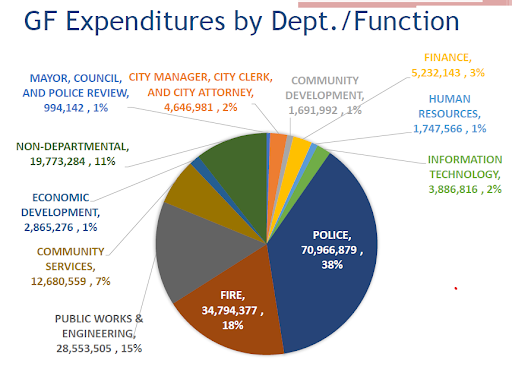 Public safety represents more than half the General Fund budget: Police, 38% ($70.9 million), Fire, 18% ($34.7 million), and the expansion of programs already in place, YouthWorks and the Office of Neighborhood Safety (ONS). Despite being a mere fraction of the overall budget (1.6%), the $3 million reallocation from the police budget to Reimagine Public Safety, this small allotment was the primary topic among council and public comment for several sessions. Public speakers at the adoption meeting included 26 supporters of the proposals, and 6 opponents.

The City of Richmond will receive $27.7 million in stimulus money under the American Rescue Plan Act (ARPA). These one-time funds will come to the city in two installments, half this summer, half next summer, and must be spent iby Dec. 2024. Our City Council has approved an initial batch of ARPA allocations that total $8.55 million:

Another source of funds, the Capital Improvement Plan (CIP) comes from grants, tax revenue, and some general fund allocations  dedicated for specific purposes. The CIP is a community planning and fiscal management tool used to coordinate the location, timing, and financing of capital improvements over a multi-year period. Richmond’s current CIP through 2025 has a budget allocation for 2021/22 that includes:

The budget was adopted by a 5:2 City Council Vote, with Mayor Butt and Councilmember Bates voting no. The full budget is available here.