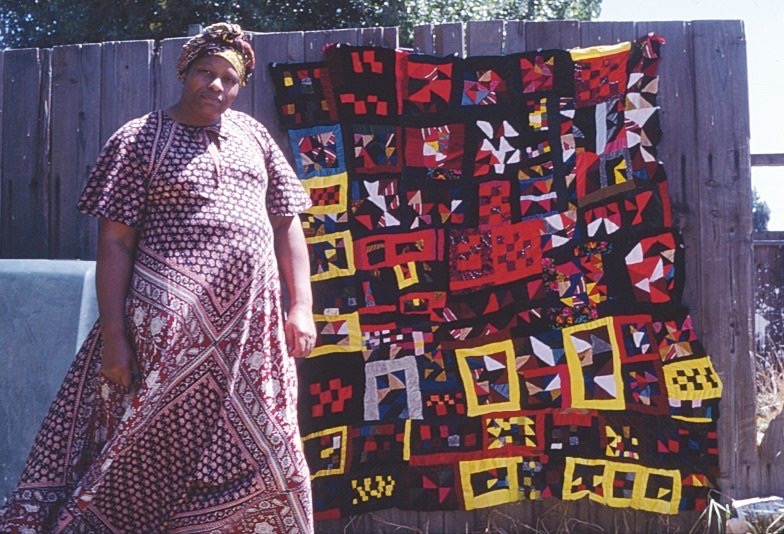 In the mid-1980s, psychologist Eli Leon stumbled across the work of Rosie Lee Tompkins at a Marin flea market. He devoted the rest of his life to collecting her quilts. At the time of his death, Leon had amassed over 500 works by the artist, who chose to live in complete anonymity.

Rosie Lee Tompkins is the pseudonym of Effie Mae Martin Howard. The now-renowned artist was born in rural Arkansas in 1936, where she was one of fifteen children in a sharecropping family. Tompkins moved to Richmond in early adulthood, during the Great Migration of African Americans away from the Jim Crow South and into western states. She lived and worked as a nurse in Richmond until her death in 2006.

Embodied in Tompkins's quilts are the interplay of her race, gender, and geographic context. Her artistic training came from her mother, who taught Tompkins in the southern African American quilting tradition. As described in Interview Magazine, her works "intentionally reference Black cultural iconography—from Martin Luther King Jr. to O.J. Simpson—all of which give her quilts an urgent, introspective reading, full of political, social, and spiritual resonance."

Architectural Digest notes: "Tompkins’s location also directly informed the specific choices of her medium. [Berkeley Art Museum curator] Yau explains how there was a real 'economy of materials' in Richmond while Tompkins was living and working in the diverse city. That meant thrifting, and finding 'sportswear, glittery secondhand suits and dresses, and rhinestones' to incorporate in her designs."

Tompkins's work also tells the story of a larger shift in the American art world: the belated recognition of traditionally "women's crafts" as fine art. Needlework and textile crafts (such as embroidery and quilting) were more often dismissed as either a practical skill within the domestic realm, a decorative talent, or a mere pastime for women. When handicrafts were recognized as fine art, it typically occurred in the anthropological sense (i.e., the study of handicrafts from a certain culture, wherein the artistic role of women was subsumed beneath the wider study of a culture's artistic production as such). Art historian Jonathan Holstein identifies the 1971 Whitney exhibit entitled Abstract Design in American Quilts as the beginning of the art world more formally appreciating the quilt as a valid artistic medium.

That Tompkins's quilts were constructed to be looked at, and not used in the practical sense, suggests a denial of quilting as mere "women's work" meant to comfort others and furnish the home space. They are an artistic meditation in their own right. 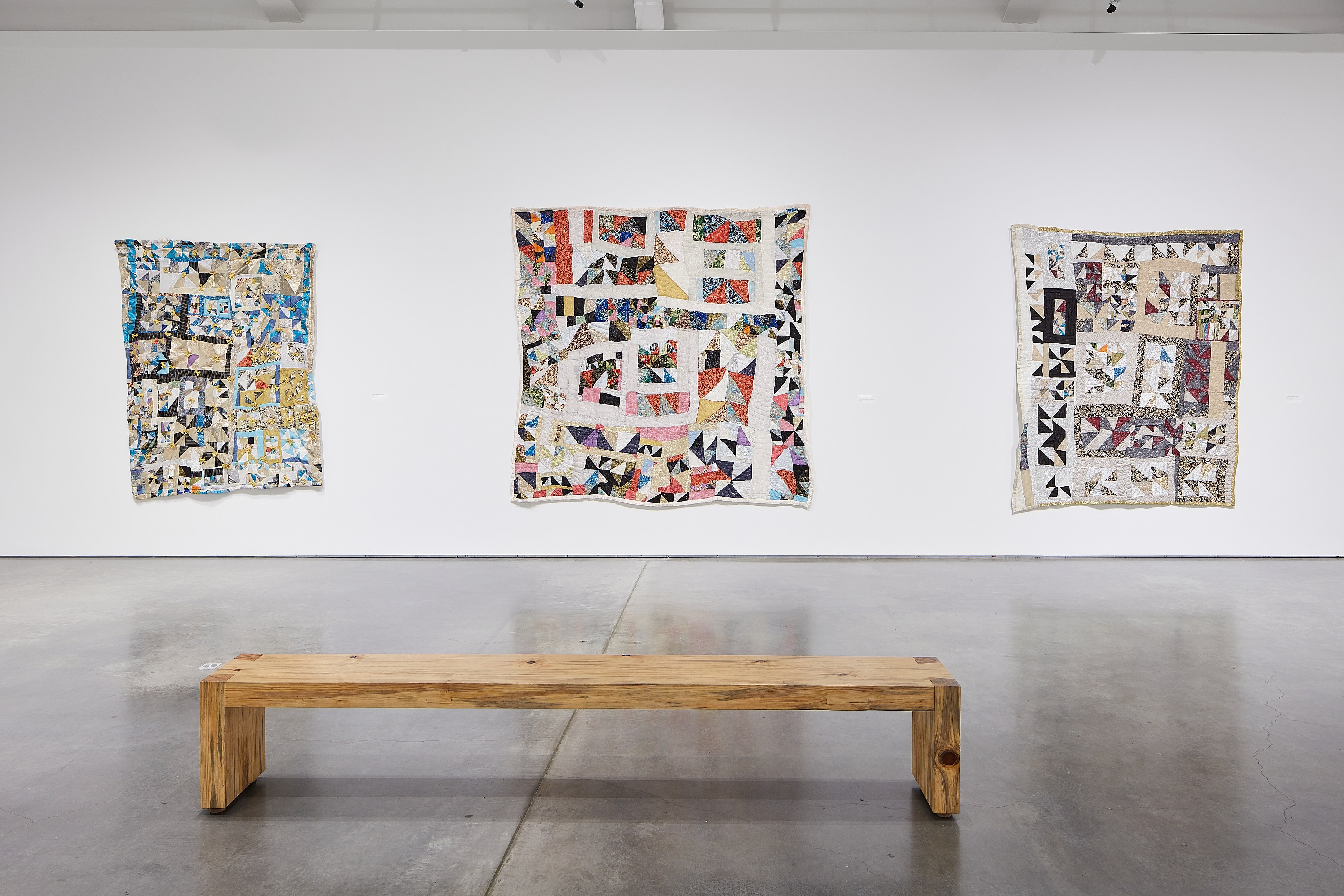 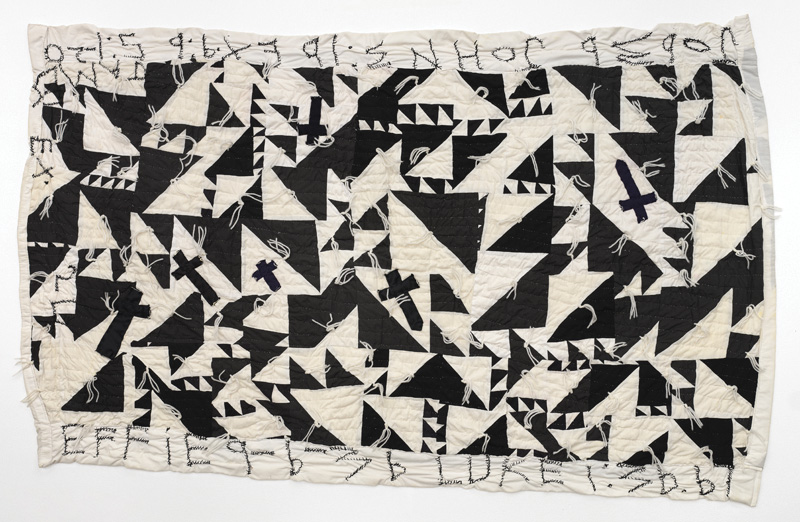 "The first work I ever saw by Rosie Lee Tompkins was in an exhibition titled Showing Up, at the Richmond Art Center, in a town just north of Berkeley, California. It was 1996, and the exhibition was composed of black-and-white African American quilts from the collection of Eli Leon. Tompkins’s work was small, about four feet by four feet, but the pattern it contained might as well have been the entire Milky Way. It expanded and contracted, spun and whirled, and it seemed to possess a strange, unfathomable energy." 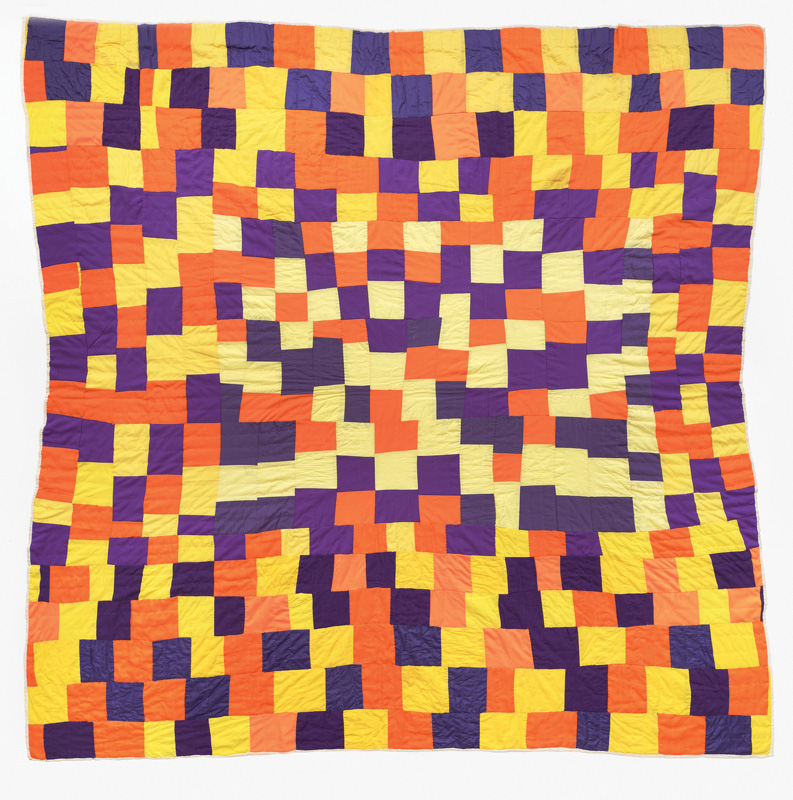 "These quilts are works of such distinction and devotion that they supersede established art-historical categories, forcing reviewers to retreat to that dumbfounded admiration that attracted us to art in the first place." 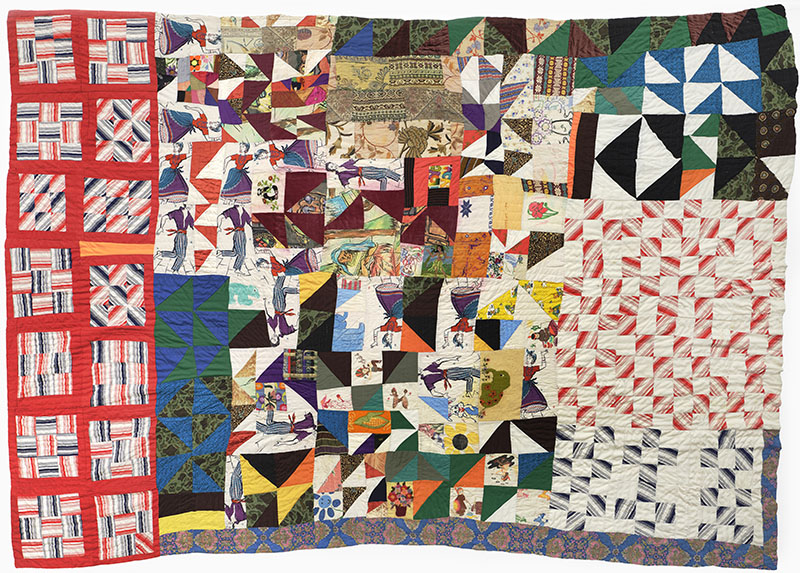 “Tompkins’s work, I came to realize, was one of the century’s major artistic accomplishments, giving quilt-making a radical new articulation and emotional urgency. I felt I had been given a new standard against which to measure contemporary art.” 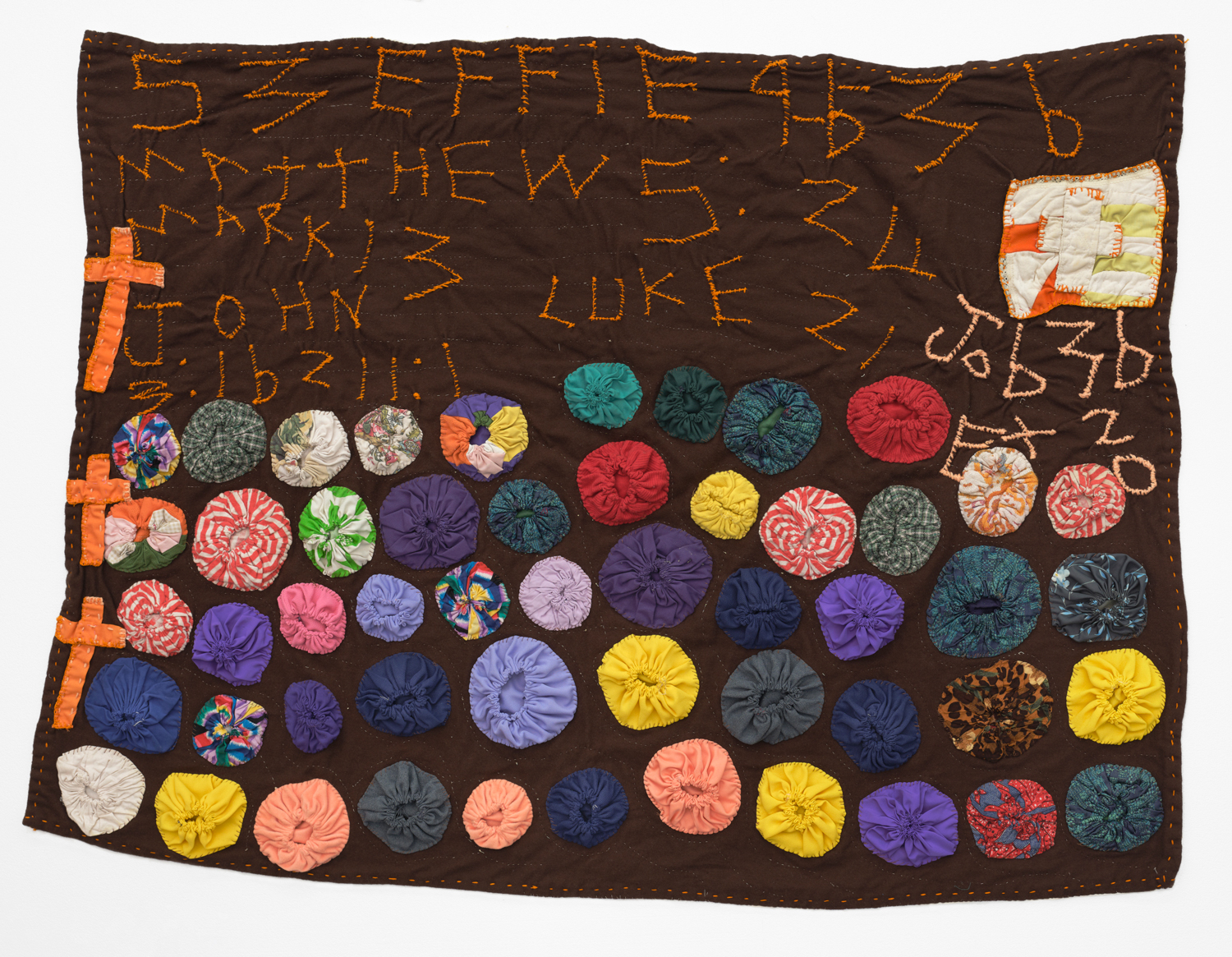 “It’s a reminder that great art can be made out of anything. Tompkins was just tapped into this creative inspiration that enabled her to put pieces of fabric together in ways that nobody had ever put them together before, and the end result is something beautiful."