As the Bay Area struggles with a crisis in affordable housing, there has been a spike in people living in vehicles, including recreational vehicles (RVs). As RVs crop up, East Bay cities are looking at various ways to accommodate – or discourage – them.

For example, in June, Mountain View voted to enact several restrictions on motor homes and RVs, including effectively banning overnight parking (from 2-6am) on large motor homes and trailers. Similarly, Palo Alto is requiring people move vehicles on public roads every three days. 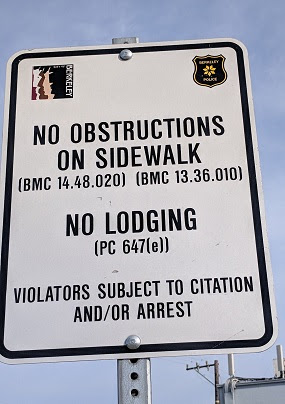 Then a few months ago, Berkeley sent shockwaves through the East Bay when it voted to pass an ordinance banning the overnight street parking of RVs, a move that would affect the 200 or so RVs in the city. Facing public outcry, and concern from neighboring Oakland, the city agreed to delay implementation of the ordinance. Now Berkeley is considering allowing a limited number of RVs to stay under a new permitting process, which would prioritize those with special needs, among others. The city has also approached the school district to inquire whether school lots can accommodate RVs for those with children attending schools in Berkeley.

Oakland, in contrast, opened the Bay Area’s first safe parking location for RVs last month as part of a new pilot program. The lot, near the Coliseum, includes security, a site manager, and portable toilets and wash stations. There is plan to bring in mobile shower trucks every week. The site, which will cost $600,000 per year to maintain, is the first of several that the city is considering. The program will allow RVs to park for six months, with the goal of getting people into permanent housing. Not everyone will qualify for the program, however; its is invitation-only for Oakland residents, and people who live in inoperable RVs and those with children under 18 will not qualify.

A similar plan may come to Richmond as well. In October 2018, Richmond Councilmember Melvin Willis introduced an item to instruct the City to study the feasibility of establishing an RV park to accommodate the increasing number of unhoused people living in vehicles. The study has been completed and should be released shortly. The establishment of such a safe and humane RV park in Richmond is one of the priorities of the Richmond Progressive Alliance’s Housing Action Team. According to Daniel Barth (see interview below) such as park "would provide a place to safely park and establish a stable community for the most secure of the city's unsheltered population, which means people living in RVs with their amenities."