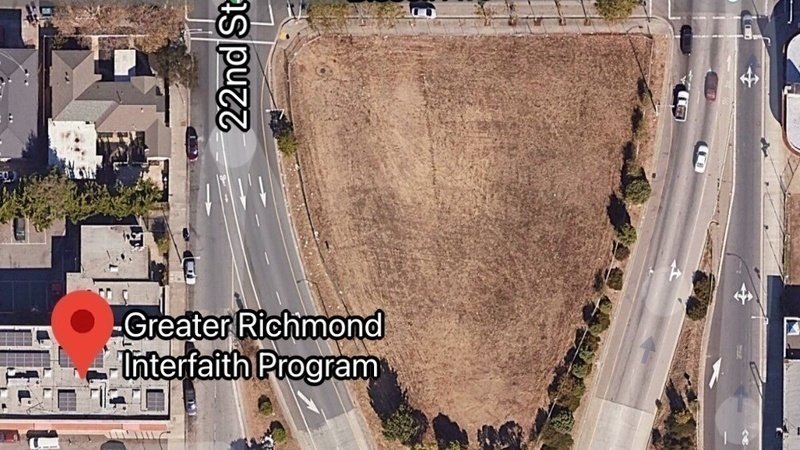 The Richmond City Council is now setting the terms for the Safe Parking Pilot Program, a one-year pilot program that will provide a secure, professionally-managed location for those living in RVs or cars in Richmond. The project is funded by in-lieu fees that the city has collected from developers ($300,000) and by a grant from Contra Costa County ($260,000).

The City Council must choose a location and a management team.  At least three sites are still being considered: Hilltop Mall, the Civic Center parking lot, and a vacant-city own lot across from the Greater Richmond Interfaith Program (GRIP) offices on 22nd Avenue.  City staff have recommended that the Housing Consortium of the East Bay, which runs a similar program in Oakland, manage the site.

Transparency -- At City Council meetings and in his email newsletter, Tom Butt has been promoting the former Hilltop Mall as the location.  According to Mayor Butt, the site is being purchased by Prologis, a logistics company, and that company is willing to host the car and RV community on the property and donate an additional $250,000 towards its management. One thing Mayor Butt has not explained is why Prologis has made this offer. Are they expecting something from the city in return? The last time a corporation came to Richmond bearing gifts, the terrible trade-off Mayor Butt and others agreed to was allowing a housing development to be built on top of the polluted AstraZeneca site. So we are asking Mayor Butt directly, are there any strings attached to the Prologis offer?

Fairness -- The city is poised to spend over a half million dollars on the one-year contract to provide services to the new site, and the program might be renewed or expanded beyond that.  The city staff have recommended that the work be done by the Housing Consortium of the East Bay, but there was no RFP (request for proposals) to allow other organizations to compete for that contract.  The Greater Richmond Interfaith Program (GRIP), a local organization which already provides services to the 150 families residing at the Marriott hotel, has also expressed an interest in being the service provider, and they should be considered.

Neighborhood involvement -- No matter what site is chosen, the city must do more to engage with the neighborhood that surrounds it.  Concerns should be heard and addressed with facts. Accusing people of NIMBY-ism (Not In My Back Yard) really doesn’t do much to move us forward.

Local control -- People who live in Richmond have the expertise to solve our own problems. And we are very tired of jobs and opportunities to serve our city are consistently given to people who choose to live elsewhere. There should be a strong preference for local people and organizations to run this project. Local control also extends to those living in the new community. The residents should play a leading role in running the place where they live.

Longevity -- The housing crisis was with us before the pandemic, and it won’t end on the day we get the all-clear on COVID-19. This pilot could and should be the first step in a long-term program that helps RV and car dwellers transition to actual affordable housing in our community.  The City Council should keep that long-term vision in mind when selecting both the choice of location and management team.

Speed -- Just under half of the funding for the project comes from Contra Costa County, from a grant that must be spent by June 30, 2021. In addition, there are hundreds of RV and car dwellers in the city that really need the support that this program can provide.