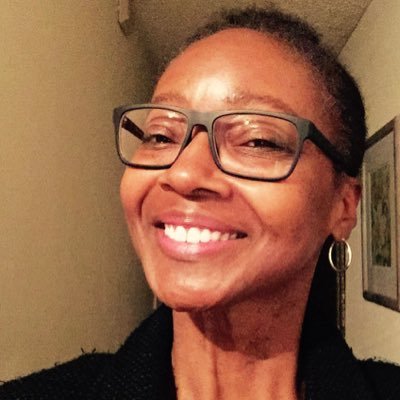 The Richmond Progressive Alliance acknowledges and thanks all the candidates who ran for City Council. Although every vote must still be counted, we extend our warm congratulations to Melvin Willis, Gayle McLaughlin and Claudia Jimenez, who each are on track to winning a majority of the votes.

These electoral victories belong to everyone who shares and collectively worked towards a progressive vision for our City -- a healthy, inclusive Richmond where everyone thrives. We express our heartfelt thanks to the hundreds of volunteers who donated their time and resources to help elect these corporate-free candidates to office. Again, we showed that grassroots, people-powered movements can overcome great odds.

We applaud the voters’ decision to pass Measure U, which would make our City’s business tax structure more progressive. Richmond will now follow in the footsteps of other Bay Area cities by taxing businesses based on the amount of money they bring in, rather than on numbers of employees.

It is still too early to call, but we still hold out hope that California voters will pass Proposition 15, Schools and Communities First, an important measure to close loopholes in the 1978 law that was intended to limit property taxes for homeowners. For decades, industrial and commercial property owners also benefited from this law, if Prop 15 passes, they will begin to pay their fair share.

The RPA strongly backed both of these ballot measures, and if they both pass, it will be a game-changer for Richmond and our local schools. The City would see around $27 million in new revenue every year, while West Contra Costa Unified School District would get an additional $19 million. These resources would be a tremendous help as Richmond grapples with an unprecedented set of challenges -- the coronavirus, a severe economic downturn, housing and income insecurity, the continued challenges of systemic racism, and more.

But as Councilmember-Elect Claudia Jimenez stated, “Richmond has always recovered from tough situations. Our community is resilient. We know how to get organized and solve problems. Today, the COVID-19 pandemic is challenging us with many uncertainties, but I know that once again we will take care of each other.”

Indeed, the needs facing our City are too great to allow past disputes and personal gripes to divert us from the urgent task of taking care of each other. Councilmembers, including RPA-backed Members, will surely disagree on issues. The RPA may even disagree with its own endorsed candidates on some things. But we strongly believe that Richmond will pass better, more progressive policies -- and build a stronger democracy -- when public debate is robust, civil society is actively engaged, and government is transparent.

There is much to do going forward. Let us rise up together, and create a Richmond which is healthier, stronger, and where everyone belongs.

We invite everyone who shares this vision to join us.

The next RPA membership meeting will be at 2pm on November 21 over Zoom. We warmly invite those who share our progressive values to join. If you are interested, please send an email to info@richmondprogressivealliance.net for meeting details.

Other Endorsements for Local Races 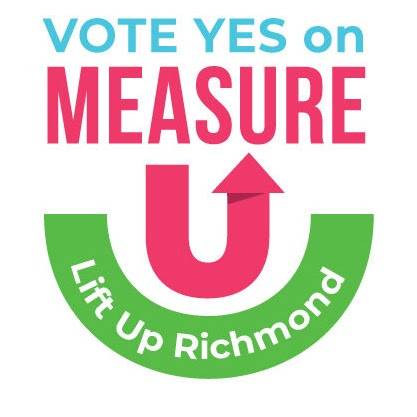 If this passes, Richmond will increase business tax revenue by calculating tax based on gross receipts rather than the number of people on payroll. This would ensure that large industrial facilities that don’t employ many people and rely heavily on city services pay their fair share.

This would impose a half-cent sales tax across Contra Costa for 20 years, raising about $81 million per year for public health, emergency response and safety net programs that are more critical than ever due to COVID-19. Sales taxes are not progressive, but this was the best the Board of Supervisors would do to support these vital services. (They at least exempted food sales from the final version.) Vote yes, with reservations, on Measure X.

This measure would authorize $5.5 billion in bonds for stem cell research. The California Institute of Regenerative Medicine, created in 2004 when the Bush administration refused to provide federal funds for stem cell research, has yielded valuable cutting-edge research on cancer and other diseases. However, with federal restrictions now lifted, it’s not clear that California taxpayers should continue to bear that cost. 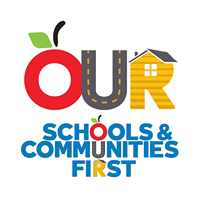 Prop 15 is one of the most important measures on the ballot this year. By closing corporate loopholes in Prop 13, it will ensure that wealthy corporations such as Chevron finally pay property tax based on the value of their property, instead of having their taxes frozen in time at 1970’s levels. Protections for homes, small businesses and farms would remain in place. This simple change would yield an estimated $86 million for Contra Costa County, $21 million for the city of Richmond and $19 million for WCCUSD.

By repealing 1996’s Proposition 209, this measure would once again allow the use of affirmative action in state functions. That’s an important step toward overcoming gender and racial inequities at state institutions such as the UC system.

This measure would extend voting rights to people who are on parole for felony convictions, rather than making them wait until they complete parole. Nineteen other states already allow people to vote while on parole for felonies. California should too.

This measure would allow 17-year-olds who will turn 18 by the next general election to vote in primaries and special elections. This could only make it easier to engage young voters. Vote yes and help California join nearly 20 other states that already offer this privilege.

This measure would tweak Prop 13 to allow homeowners who are disabled or 55+ years old to carry the taxable value of their home to a new home. It would also close a loophole that allows people to keep the taxable value of vacation homes, rental properties and homes worth more than $1 million that they inherit. It doesn't go as far as is needed to overhaul Prop 13, but on balance, the measure is expected to increase tax revenue and make property tax rules work better for seniors, so we support it.

This typical “tough on crime” measure would increase penalties for an array of offenses, swelling prison populations at a time when COVID-19 makes that a worse idea than ever. The measure is funded by police interests and supermarket chains such as Albertsons and Safeway, which see it as a way to fight shoplifting. Fight the prison-industrial complex and vote no. 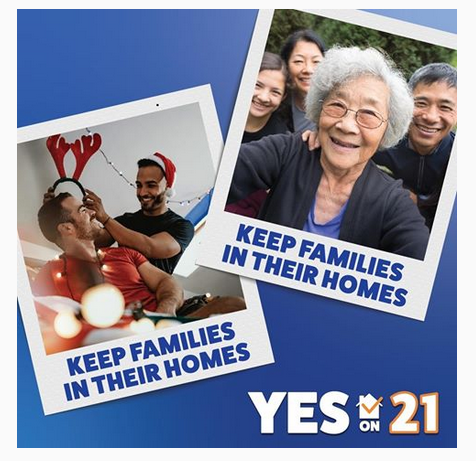 By replacing the Costa-Hawkins Rental Housing Act of 1995, this measure would allow rent control on buildings that were first occupied after 1995, as long as they have been occupied for more than 15 years. Vote yes to lift an unfair state restriction on the power of local governments and allow progressive municipalities such as Richmond to expand rent control.

California lawmakers tried to help gig economy workers by passing AB 5 in 2019, but Uber, Lyft and DoorDash fought the law tooth and nail, arguing that making drivers employees would prevent them from offering flexible work. They’re planning to spend $100 million to pass Prop 22 and that must be rejected on principle. Corporations should not be allowed to spend unlimited sums of money to overturn democratically enacted laws. That is not how democracy works.

This measure would impose new regulations on dialysis clinics, such as requiring a doctor on site and requiring consent from state health regulators before a clinic can be closed. It’s backed by SEIU, which has worked for years to organize workers at the two largest dialysis providers, DaVita and Fresenius, and says that workers support the changes.

This measure would tweak the California Consumer Privacy Act (CCPA) with the goal of strengthening online privacy. Privacy advocates are divided, and ultimately this just isn’t a good use of the ballot initiative process. Data privacy is a complex technical issue that should be handled through a legislative body with committee hearings and testimony from experts, or through rulemaking by expert regulators -- not through a simple up-or-down vote by the public.

Voting yes on Prop 25 would uphold SB 10, a 2019 law that replaced cash bail with a risk assessment for people awaiting trial. Democrats mostly favored the bill and Republicans mostly opposed it, but progressive criminal justice advocates were split on the final version because of concerns about racial bias in risk assessments. Cash bail is deeply unjust and it needs to end, but we aren’t confident that voting yes on Prop 25 to keep SB 10 is the right solution.

Now more than ever we need leaders who are principled, progressive, and effective. Team Richmond is made up of Claudia Jimenez, Gayle McLaughlin, and Melvin Willis, the three candidates for Richmond City Council who are endorsed by the Richmond Progressive Alliance and many other justice-oriented organizations.

One Richmond:  A better Richmond is possible only when we work together to unify the different communities that make up our diverse city.  If you feel the same, join the RPA and sign up for one of our Activist Teams.

Diversity and Respect:  We are registered as Democrats, Greens, Independents, and more. We don’t all agree on every issue. But we do agree on the need to build a strong progressive movement in Richmond, one where people support each other.

The RPA Steering Committee meets on the third Thursday of the month at 6:30 pm at the Bobby Bowens Progressive Center, 2540 Macdonald Avenue, Richmond, CA.

The Richmond Progressive Alliance acknowledges and thanks all the candidates who ran for City Council. Although every vote must still be counted, we extend our warm congratulations to Melvin Willis, Gayle McLaughlin and Claudia Jimenez, who each are on track...

Transportation is a human right.  Whether you choose to drive a car, ride a bike or take the bus, your ability to safely get to school, work or the doctor is right up there with food,...

The Richmond Progressive Alliance stands in solidarity with the Black Lives Matter movement in imagining and creating a world free of anti-Blackness, where every Black person has the social, economic, and political power...

Suggested talking points Urge the Council to reallocate funding from the police budget to prevent the city from reducing or closing services, especially the Richmond Public Library. Call for a task force to be created, with Black youth and...

The founding of America and its freedom, or illusion of freedom, has been described as "revolutionary, contagious and incomplete."  Our society and even our politics permit...