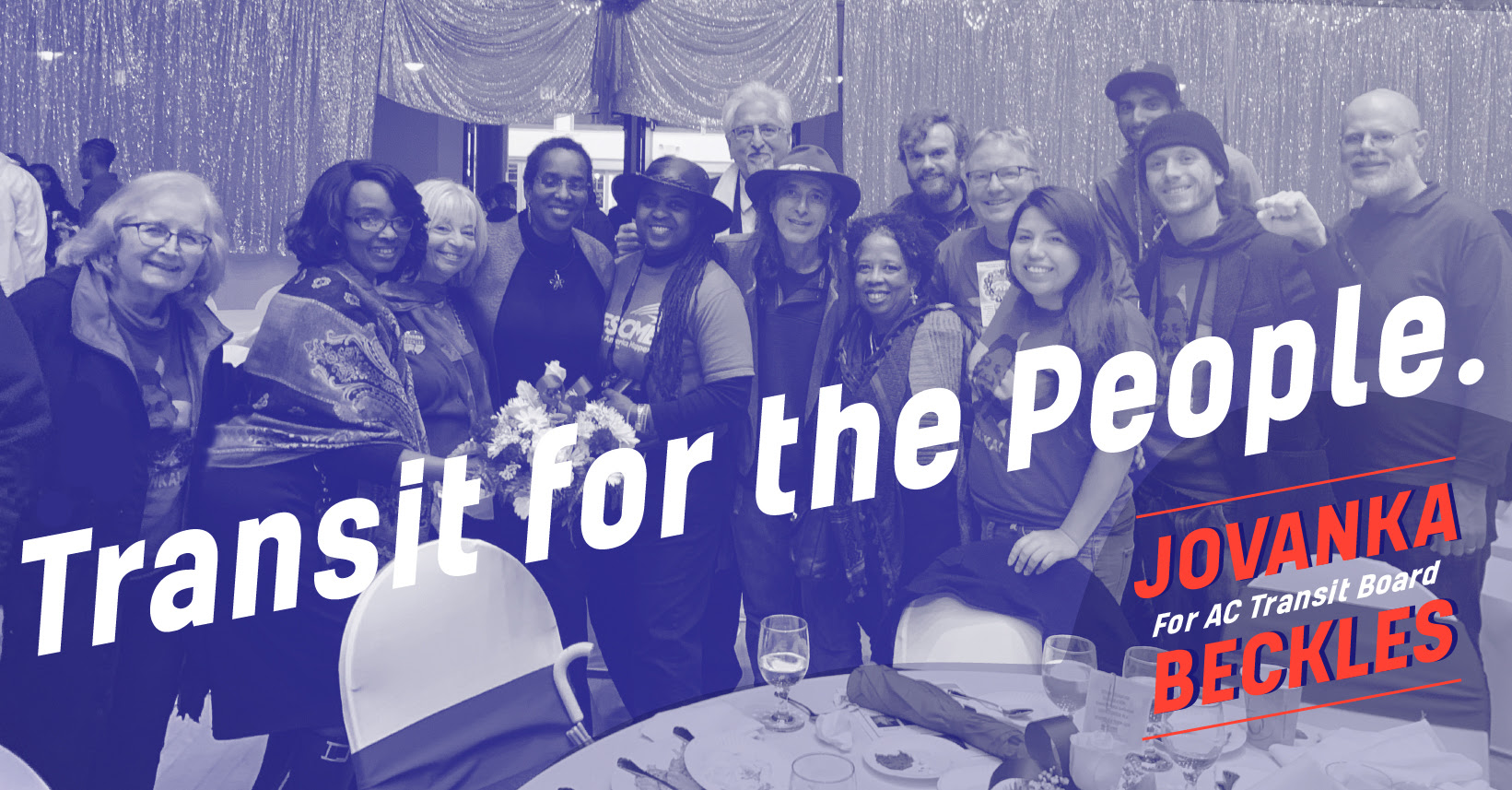 As the year comes to a close, I am reflecting on just how tumultuous and heartbreaking 2021 was for so many of us. BIPOC and poor people (often one and the same) were hit disproportionately hard. We weathered the storm, but not without some serious repercussions. And yes, there were victories as well!

Over a year ago, I was elected to the AC Transit Board of Directors. Even with the challenges of the pandemic, we succeeded in beating a 20-year incumbent. We were backed by both the Alameda and Contra Costa Labor Councils, the AC Transit workers unions, committed community organizations such as East Bay Democratic Socialists of America, Richmond Progressive Alliance, Black Women Organized for Political Action, and many dedicated environmental organizations including the Sunrise Movement Bay Area.

Transportation is a human right.

Whether you choose to drive a car, ride a bike or take the bus, your ability to safely get to school, work or the doctor is right up there with food, clothing and shelter as one of the basic needs to live a healthy and fulfilling life. The current COVID-19 crisis is testing this human right by putting our community’s safety and mobility at risk. 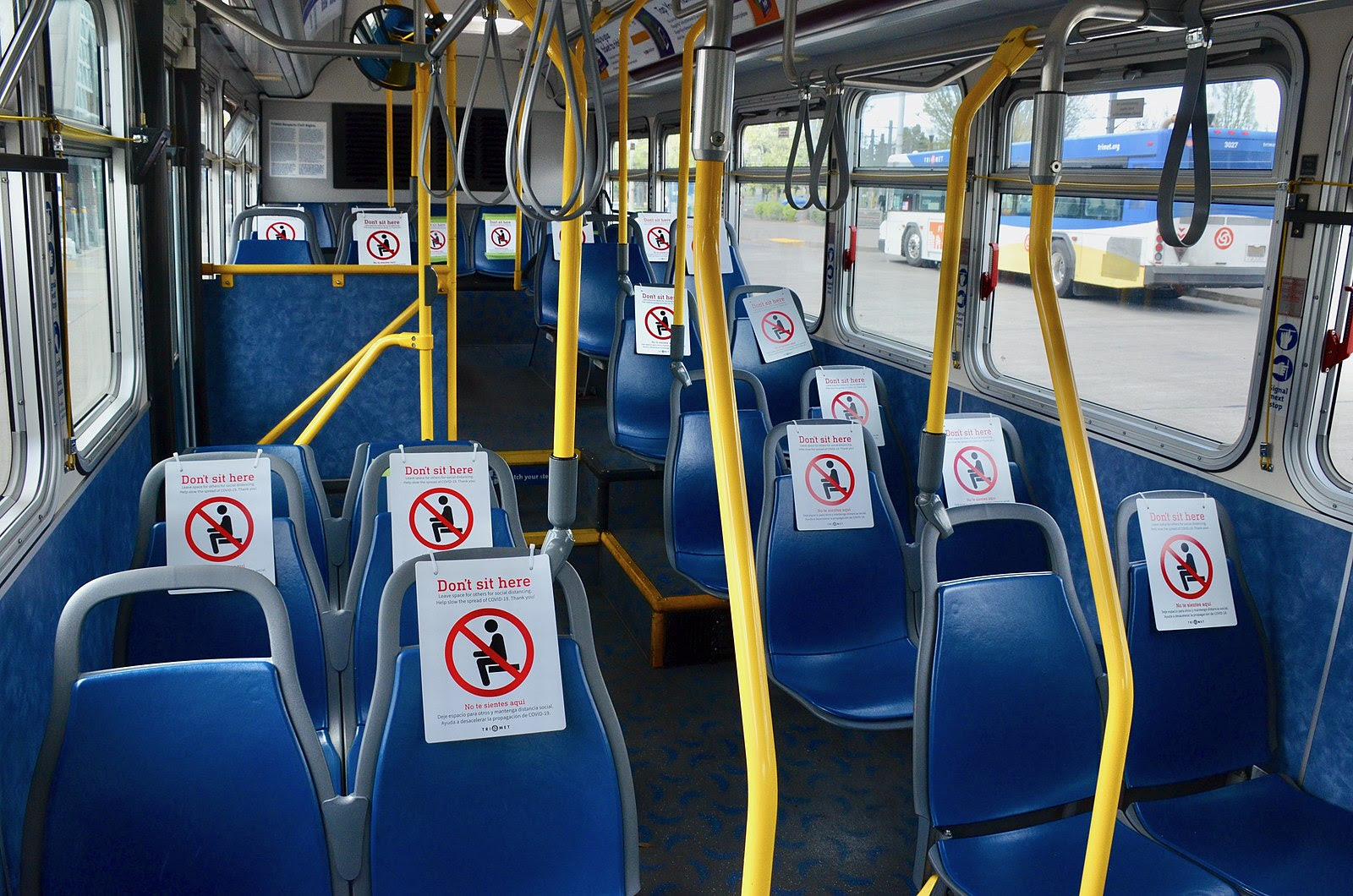 Public transit agencies have had their resources depleted by falling ridership. BART had only recovered to 16% of normal ridership by early August, and government relief funds will only cover 40% of the losses, as the Daily Californian reported.

Meanwhile, AC Transit is considering making up for its losses by combining lines. That has serious equity consequences. Citing research on AC Transit’s cuts during the recession of 2009-2010, Bloomberg reported:

“Out of 477 regular bus riders who were surveyed, nearly one quarter said that they did not go to work as often or at all following the cuts. ‘Service changes affect me because it takes me longer to get to work,’ one respondent said. ‘And if I come 30 minutes late to work, I don’t get paid for that half hour, so I’m losing money.’”

Unsafe conditions on transit also pose a risk to the workers who drive and maintain our buses, and the essential workers who rely upon them.

In this issue of The Activist, you’ll see how you can take action through a new campaign to make public transportation safe for workers and for the working-class riders who depend on it. That’s one of the top priorities of former Richmond City Council member Jovanka Beckles, who is running for the board of AC Transit, and spoke with The Activist for this issue.

You’ll learn about Beckles’ push to move AC Transit, which has suspended fares during COVID-19, to a permanently fare-free model. It’s more than an economic justice issue - it’s a racial justice issue, as black and brown people are disproportionately cited for fare evasion. And cities such as Kansas City, Mo. are showing the way.

You’ll read about some other exciting new features on the Richmond transportation landscape, including free electric vehicle chargers and a bikeshare system that will open soon. Done right, both initiatives could help improve transportation equity in Richmond by giving working-class Richmond residents better access to clean and cost-effective options for getting around.

With your help, we can ensure that we move beyond COVID-19 with cleaner, safer and more equitable transportation for all.