Thank you to our progressive City Council!  On April 3, Richmond amended its 1990 Sanctuary Cities ordinance, which bars the police from using city funds to collaborate with ICE. Read more below:

Due to the escalating immigration enforcement, Ordinance 29-90 should be amended to address the threats from the DOJ and the fears of the immigrant and refugee community.

The immigrant and refugee community in Richmond make up more than half of its population, 33.7 % are foreign born and 62.7% are non-citizens (per the 2015 U.S Bureau Census 2011-2015). The following recommendations will assist with educating the residents and departments of the City of Richmond protocols, and inform the public officials.

- Provide a report to the Richmond City Council on how the Richmond Police Department is dealing with the escalating immigration enforcement and fear tactics by ICE.

The Richmond City Council recently adopted a resolution in support of Freedom for Immigrants, a visiting program and hotline at the West County Detention Facility operated by nonprofit CIVIC. In February, Sheriff Livingston abruptly terminated this program following CIVIC’s public criticism of conditions at the facility.

In November, CIVIC published a letter last November detailing abuses at the jail. The abuses received widespread media coverage and calls for investigations, including from Representative Mark DeSaulnier.

According to CIVIC, “On February 15, ICE terminated CIVIC’s free hotline with no advance warning or subsequent explanation. CIVIC has been operating this hotline since 2011, and uses it to facilitate visits and legal representation. Shortly thereafter, on February 20, the Contra Costa County Sheriff’s Office suspended CIVIC visitation program coordinator Rebecca Merton’s visitation clearance with no clear explanation. After pressing the Sheriff’s Office for a reason, CIVIC leadership received an email on Monday from Captain Kristi Butterfield of WCDF, explaining that the Sheriff’s Office was revoking access for all CIVIC volunteers and terminating the visitation program at WCDF."

CIVIC notes that “the visitation program ban came the day before Attorney General Jeff Sessions filed a suit against California’s sanctuary laws, including AB 103, which CIVIC helped draft and provides the California state Attorney General with the power to monitor ICE detention facilities in the state. In Sessions’ complaint, he explicitly names the West County Detention Facility as a place he does not want the state monitoring.”

This week, the El Cerrito City Council will be considering a resolution similar to the one Richmond passed, expressing support for this program.

Deportation Hotline Up and Running

Just as ICE was in the middle of last week’s 4-day raid in the Bay Area, in which over 230 people were arrested, Contra Costa County launched its rapid-response deportation defense initiative.

One of the centerpieces of this program is a free hotline which can be accessed 24 hours per day. People can call the hotline to report ICE activity, or if someone they know has been detained by ICE. Dispatchers will be on call to verify raids or dispel rumors, provide legal observation and accompaniment to family members left behind, work with family to gather information to support legal defense due process services and coordinate with assigned attorneys for individuals in bond and removal proceedings.

The hotline comes from Stand Together Contra Costa, a coalition effort with the County to ensure that all families, regardless of immigration status, are afforded the due-process rights established by the U.S. Constitution. The program was approved by the Board of Supervisors last year in response to the growing hate and discrimination toward immigrant families.

The program's website, StandTogetherContraCosta.org, provides services in 10 different languages.  Please share these resources with those you think may need assistance.

Other free services provided by Stand Together Contra Costa include legal help, trainings, and workshops.  Those interested in being trained as a legal observer can attend Stand Together’s training tonight, March 6 from 6:30 – 9pm at Catholic Charities of the East Bay – Family Services Center (3540 Chestnut Ave, Concord).

Governor Brown recently signed into law AB 291 (Chiu), the Immigrant Tenant Protection Act, which will go into effect on January 1, 2018.  In the context of Trump’s election and the escalating housing crisis in the Bay Area, too many tenants found themselves having to choose between the risk of homelessness and the risk of deportation if they stood up for their rights. The law prohibits landlords from disclosing information about a tenant’s immigration status in order to pressure them to move, and also makes discrimination based on immigration status illegal.

Of course, much more needs to be done to protect tenants from illegal evictions and harassment – including making sure our existing laws are enforced. On Saturday October 14 from 10am - 4pm at the Richmond ACCE office (322 Harbour Way #25, Richmond), ACCE and Tenants Together will host a Richmond Tenants’ Rights Counselor Training. It will cover basics of the new Richmond Rent Control and eviction protections. It will focus on strategies to support and counsel tenants facing unjust and illegal evictions, rent increases, and harassment. The aim of this training is for Richmond tenant advocates, any allied groups, and new volunteer counselors to learn how to use Measure L to keep community members in their homes and stop illegal rent increases and harassment. The training will set out a few different models that tenant groups in different cities who have rent control have used to counsel, defend and organize tenants.

If you want to know more about how to defend yourself and/or support your neighbors against unjust evictions, we encourage you to attend!  If you are planning to attend, or have any questions about accessibility, call Sara at (323) 519 1081.  Lunch & snacks will be provided!
Posted by Suzanne Wilson May 07, 2017 2:59 PM
Share

Richmond City Council Members Jovanka Beckles, Eduardo Martinez, Gayle McLaughlin, Melvin Willis, and Ben Choi marched alongside other Richmond Progressive Alliance members at the 2017 Cinco de Mayo Parade.  In front of a banner that said "Say No to Trump," the RPA brought a message of tolerance and inclusion to the Latino and immigrant community of Richmond. 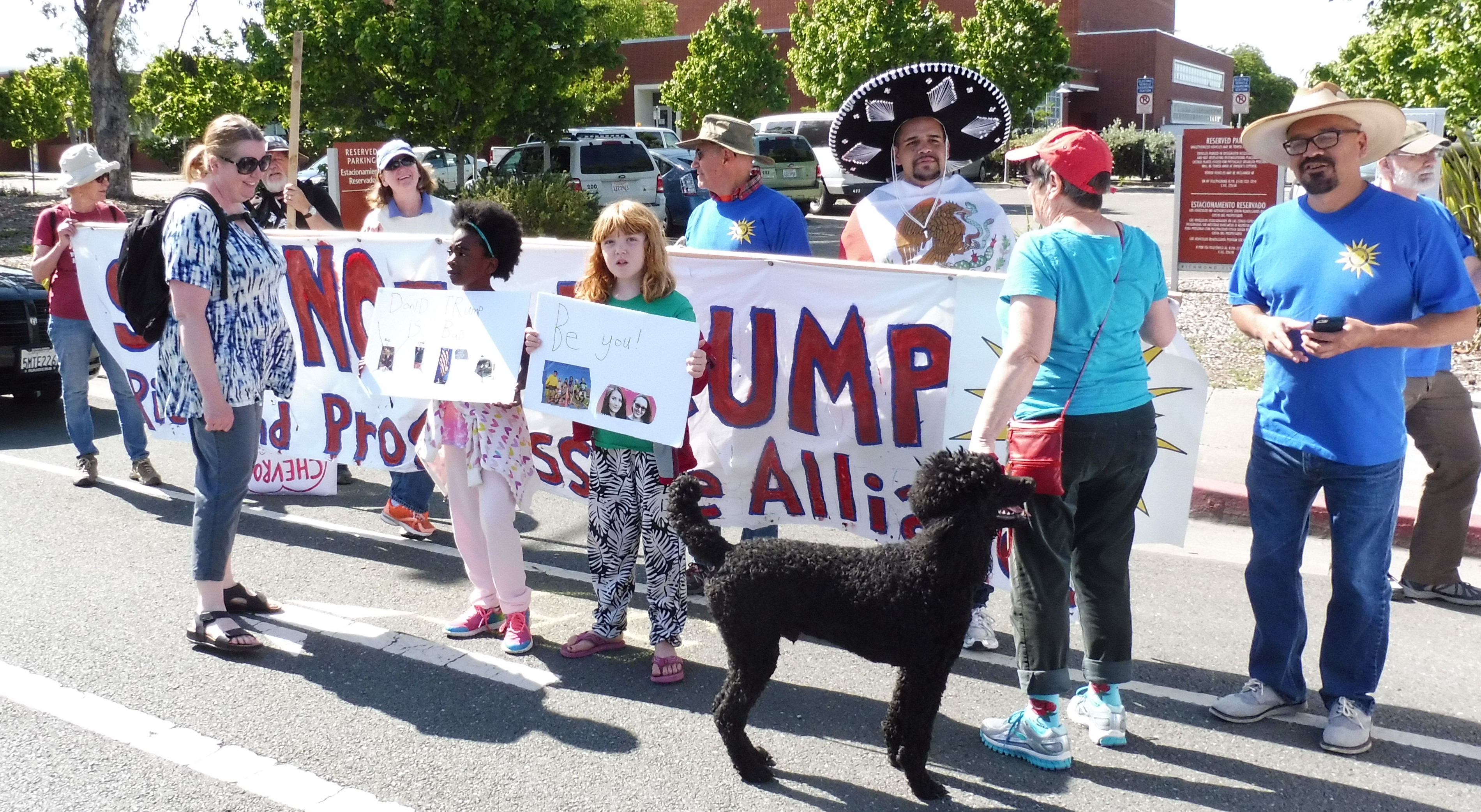 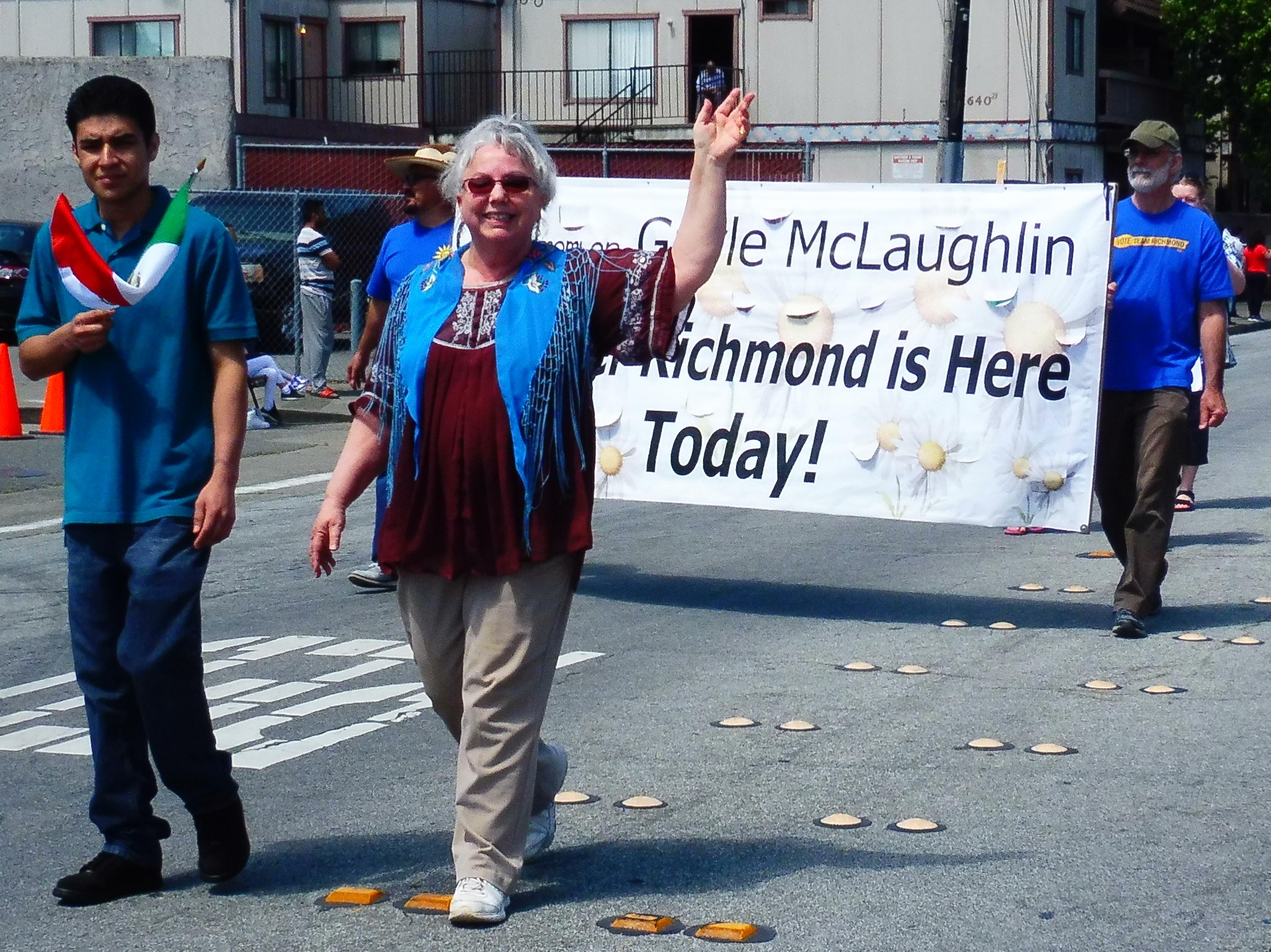 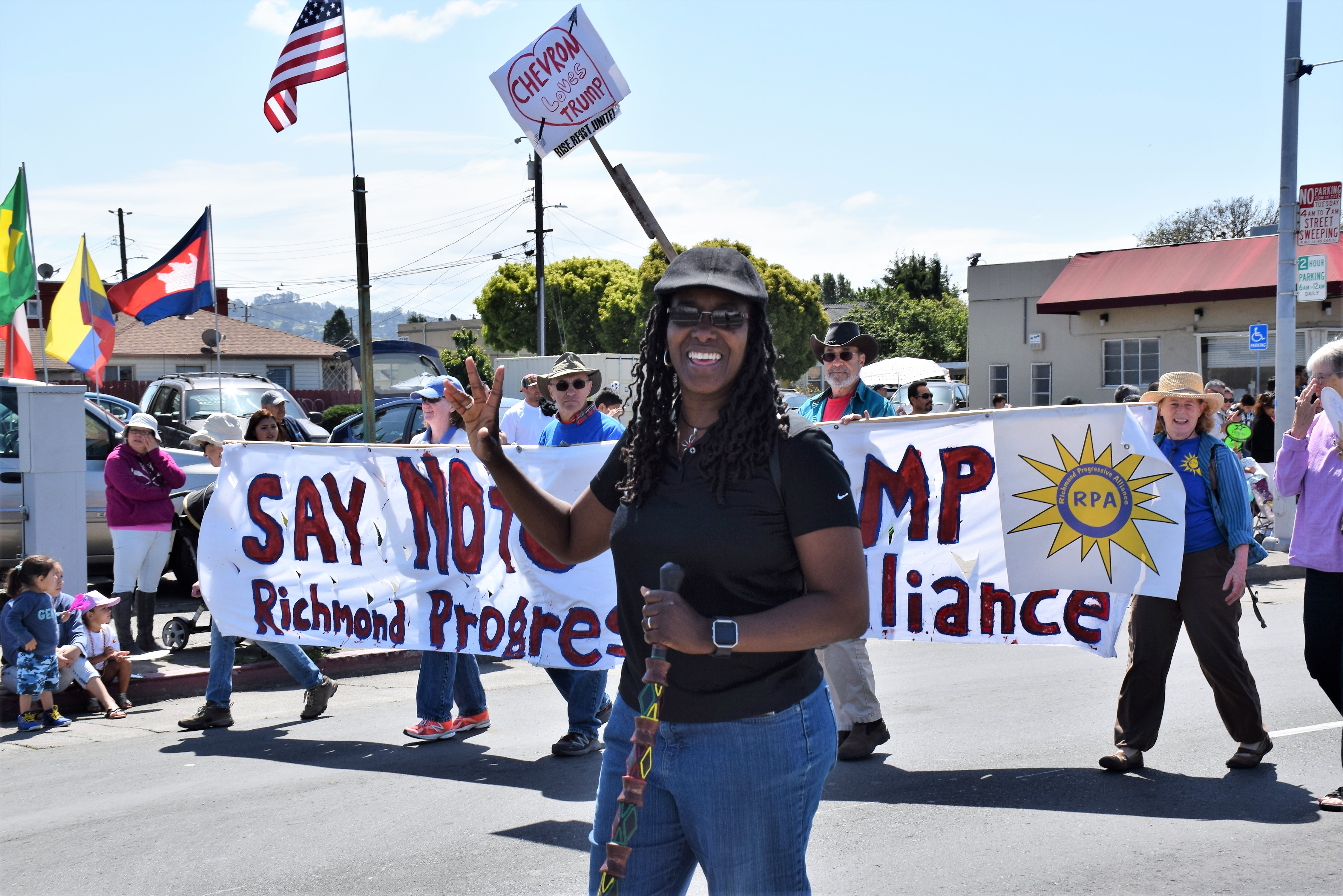 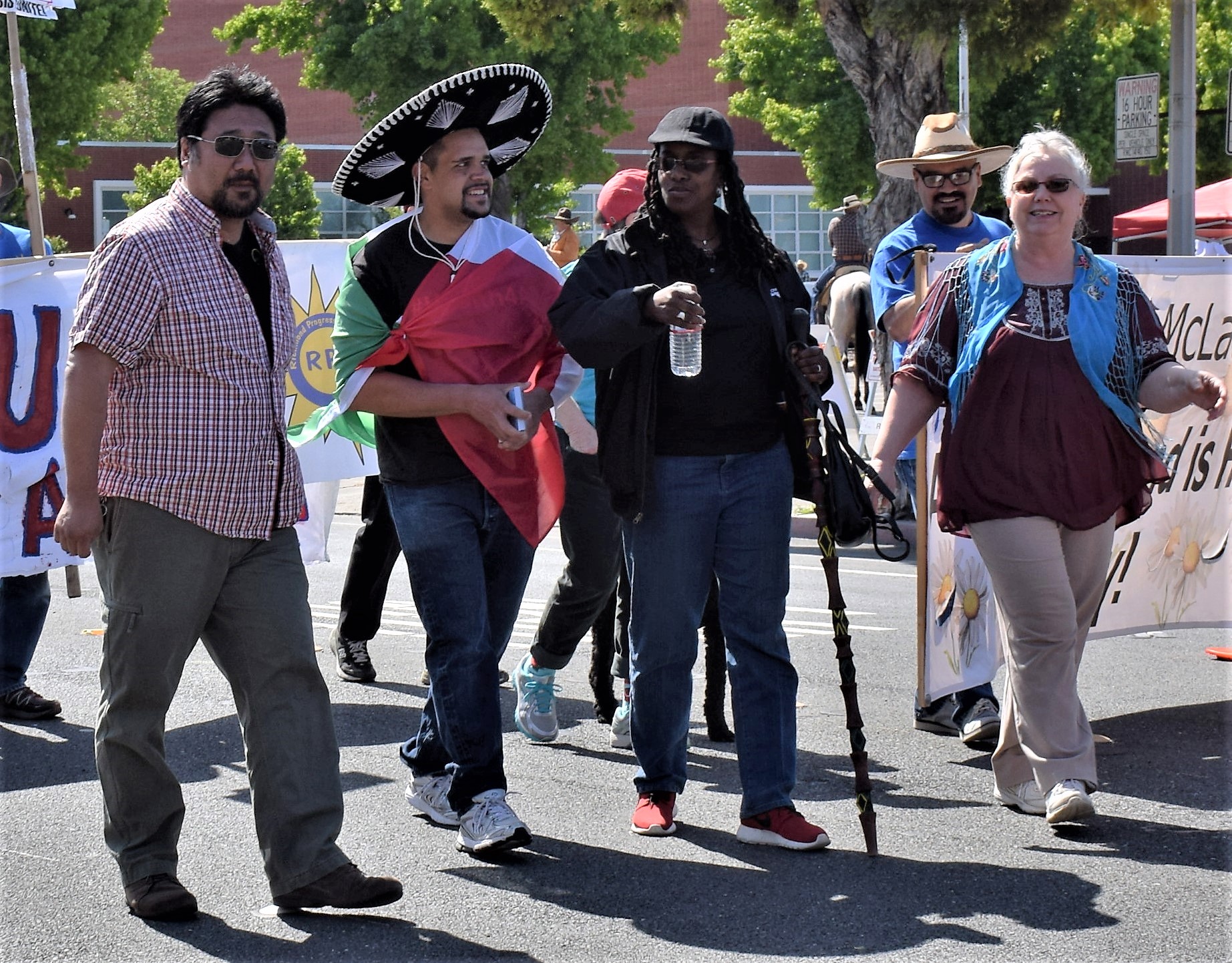 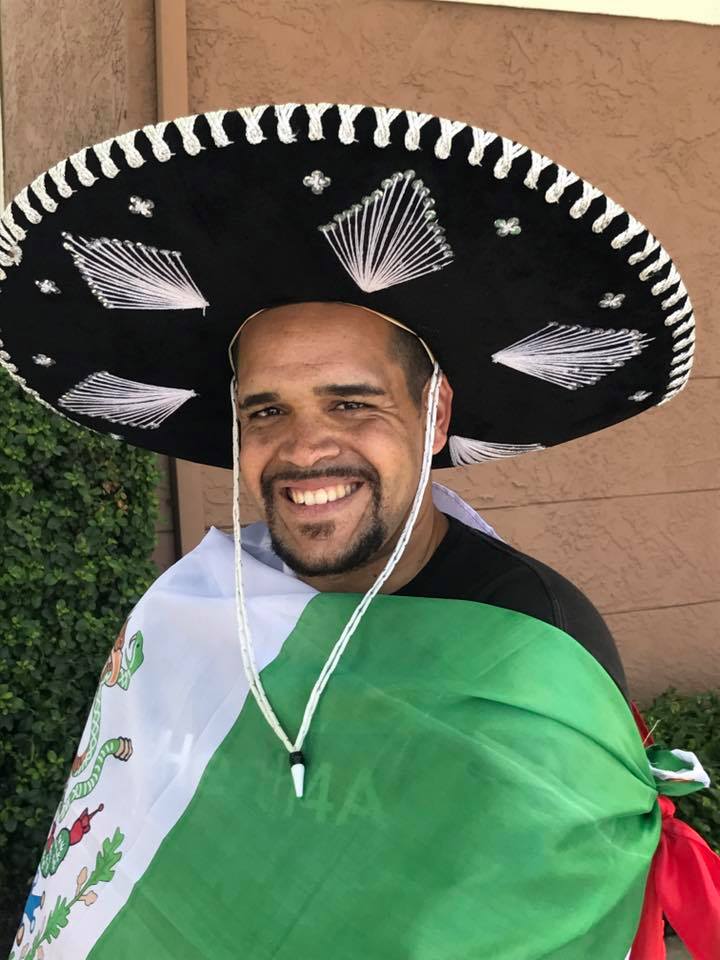 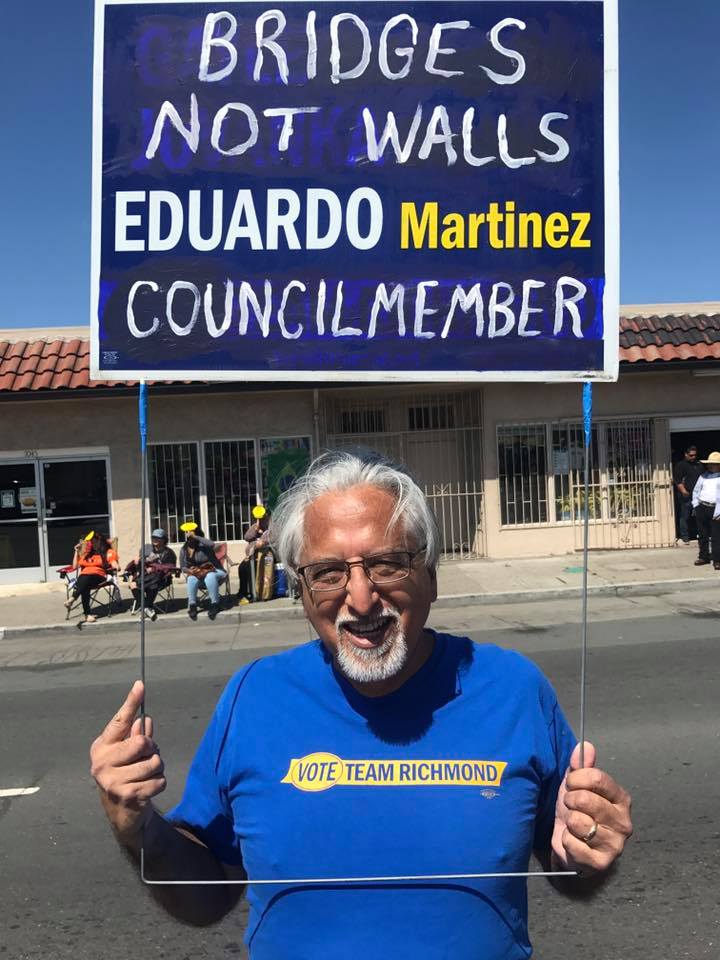 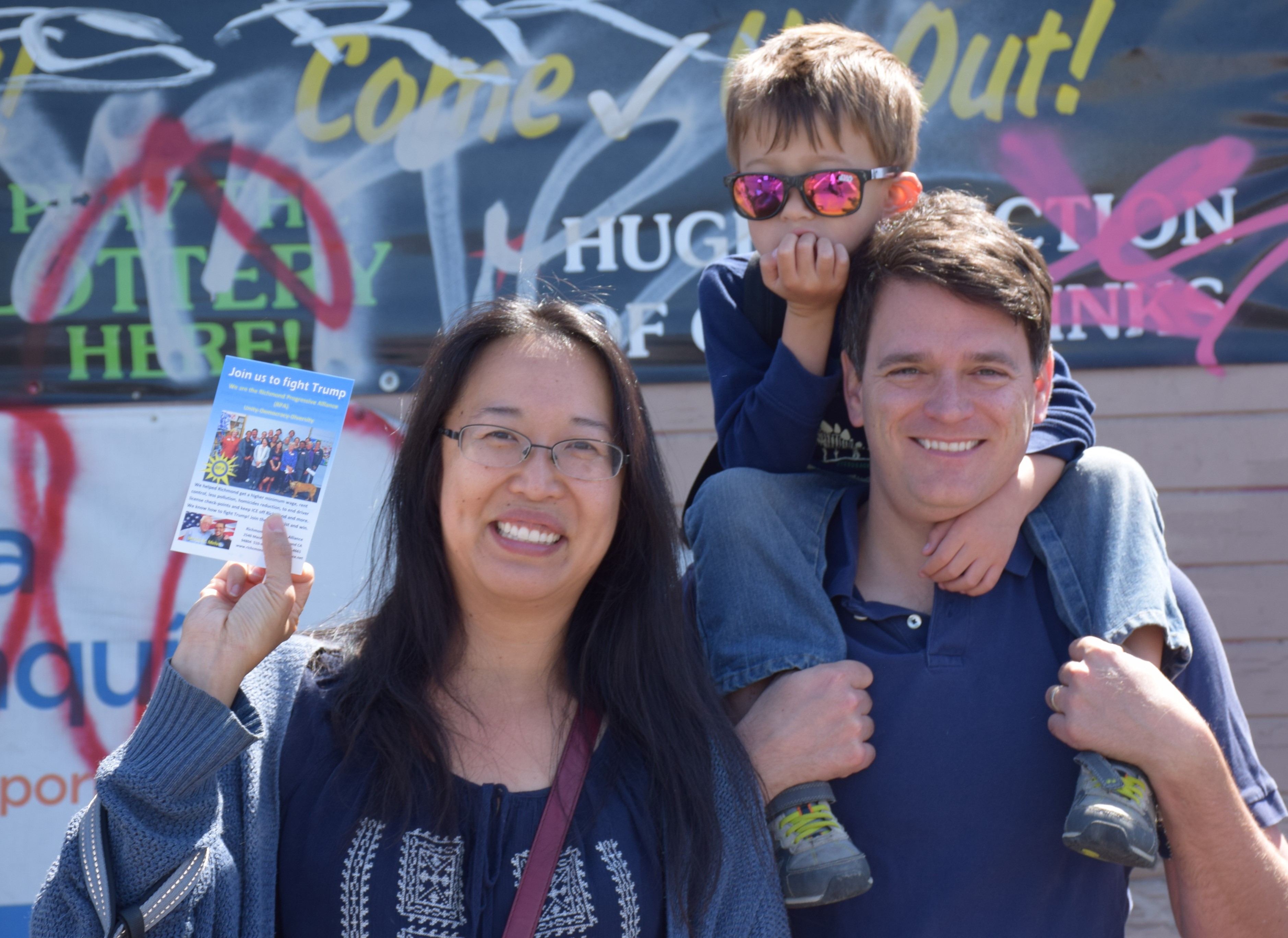 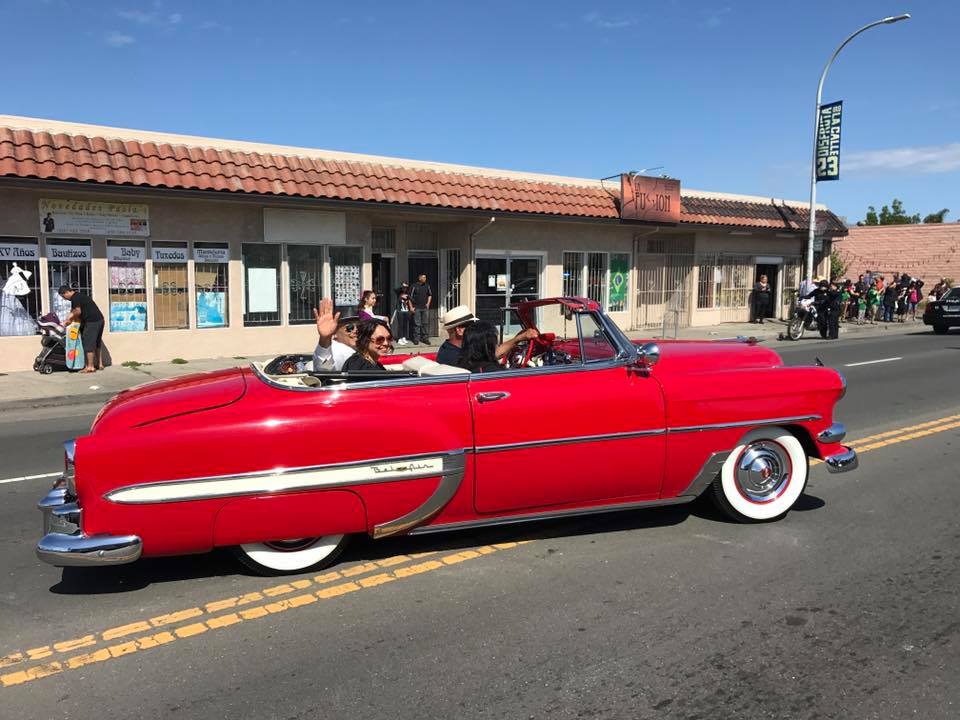 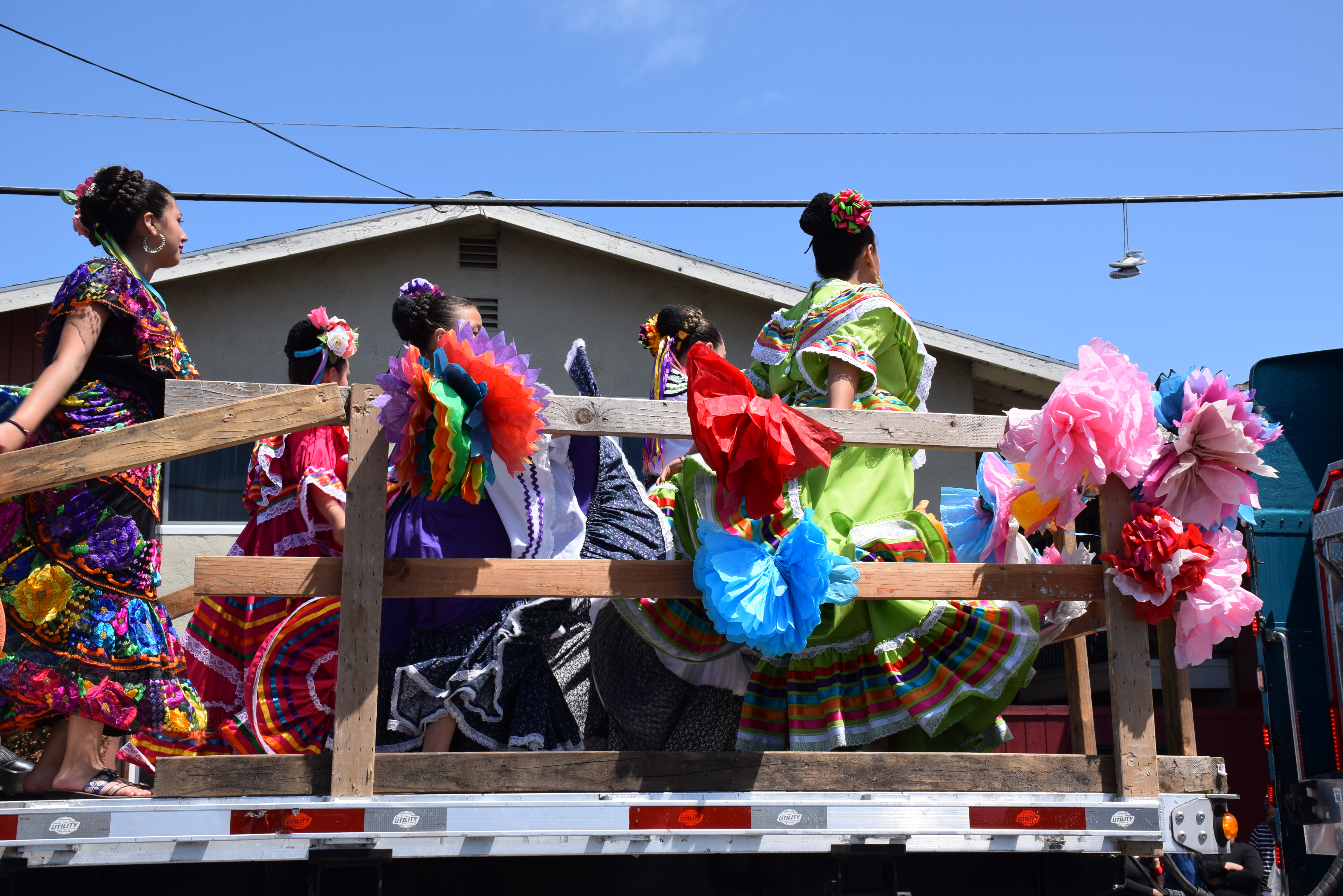 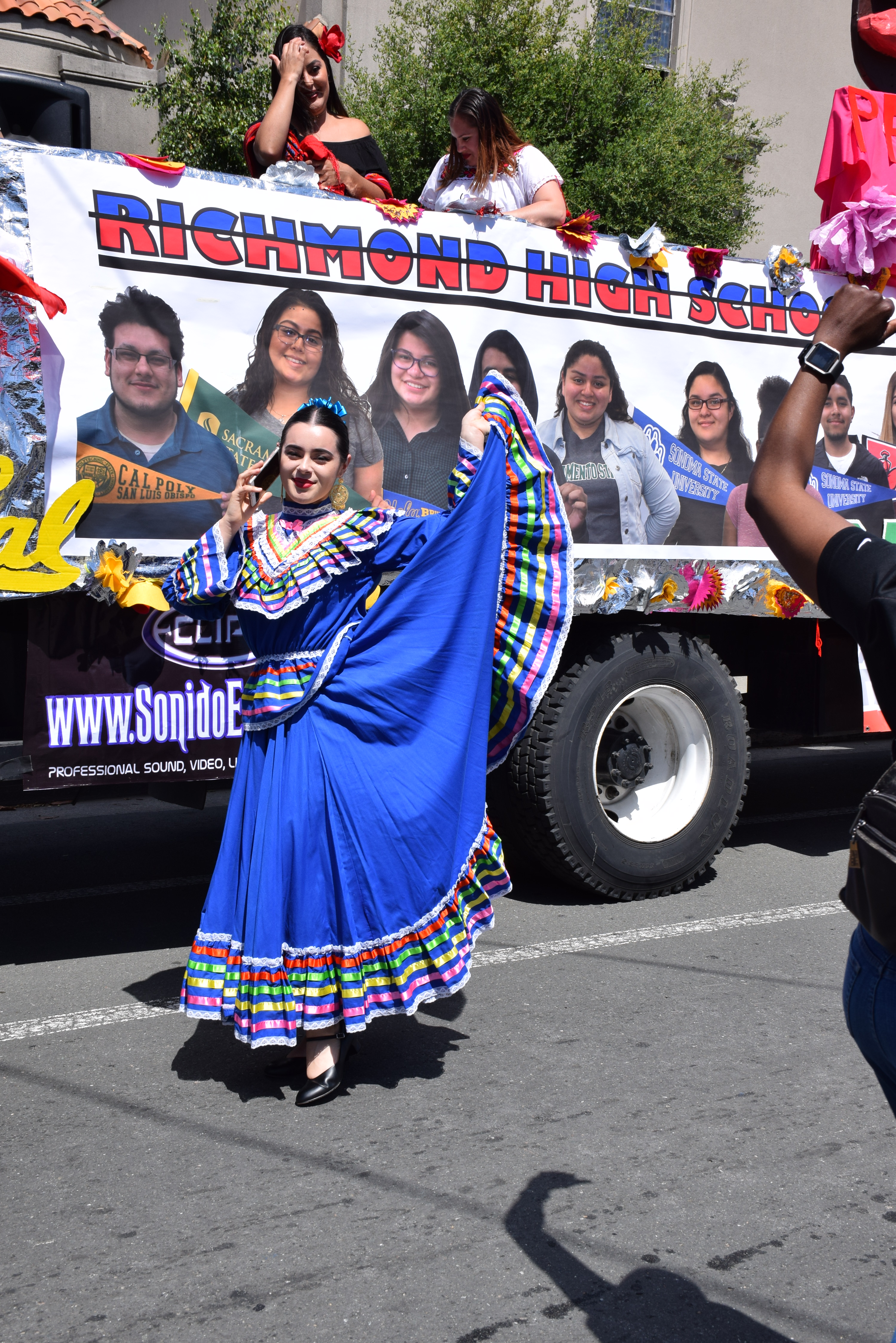 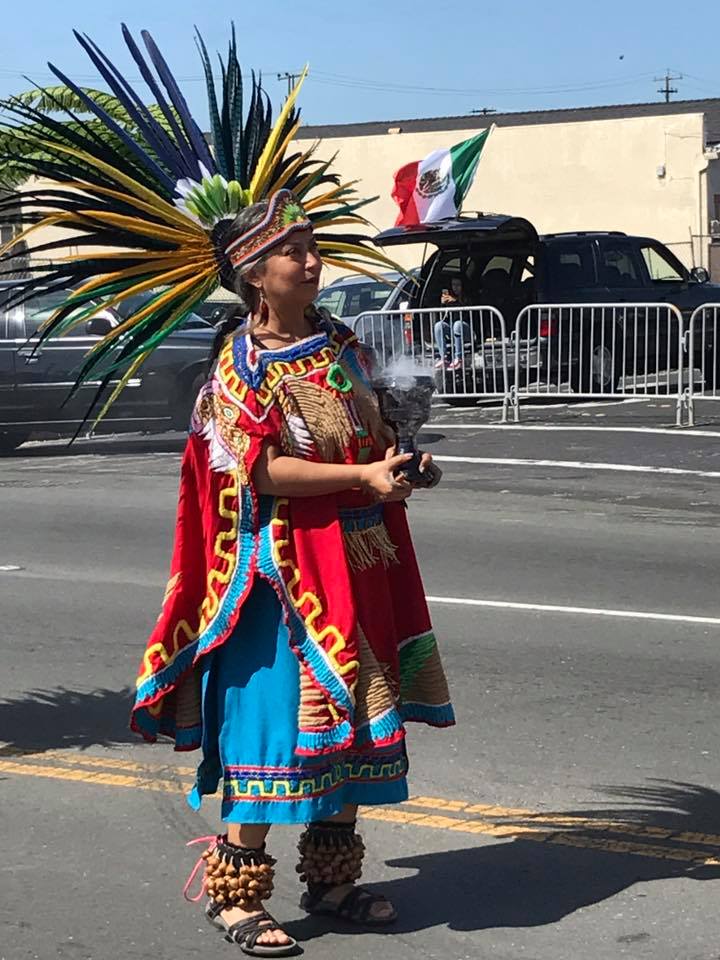 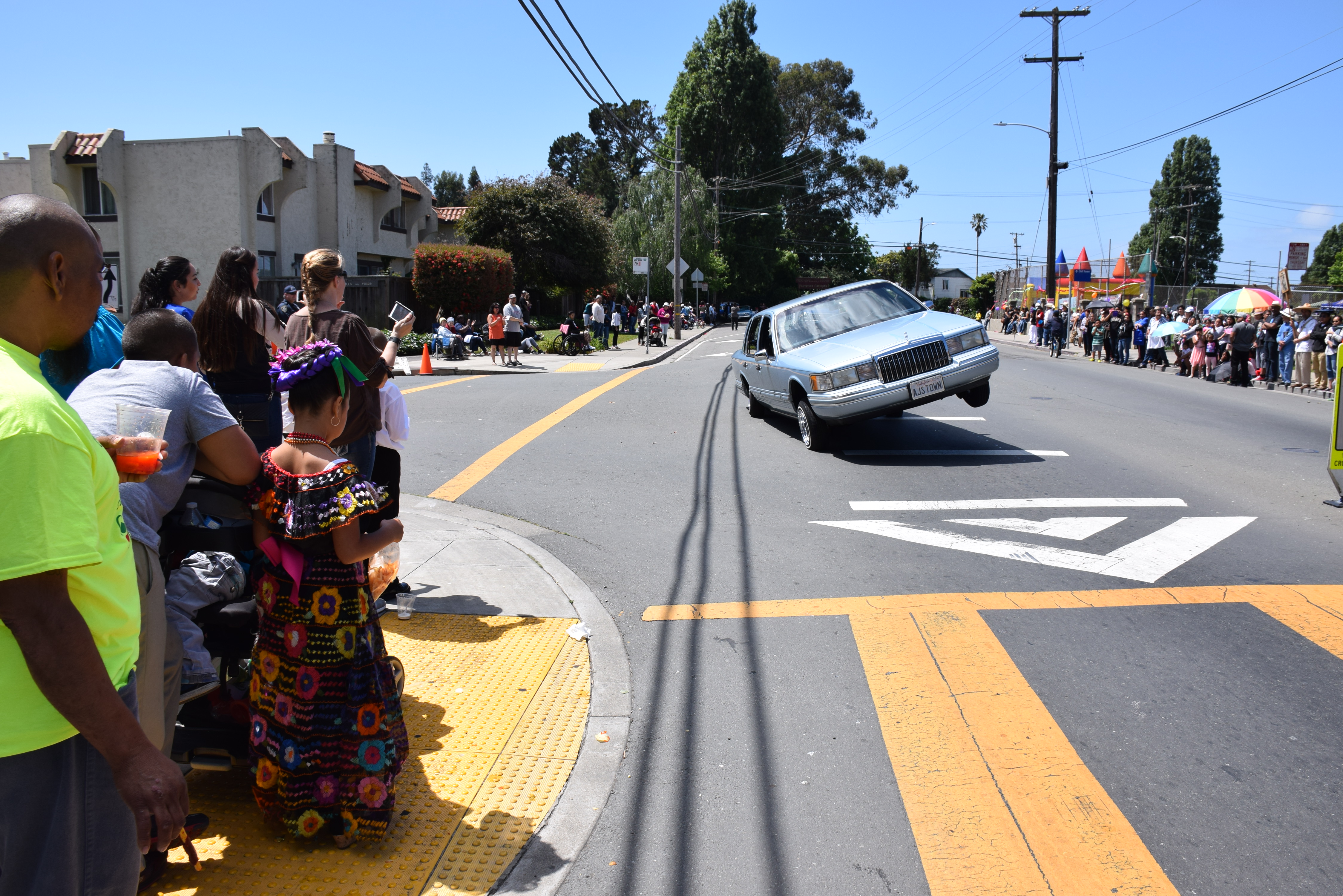 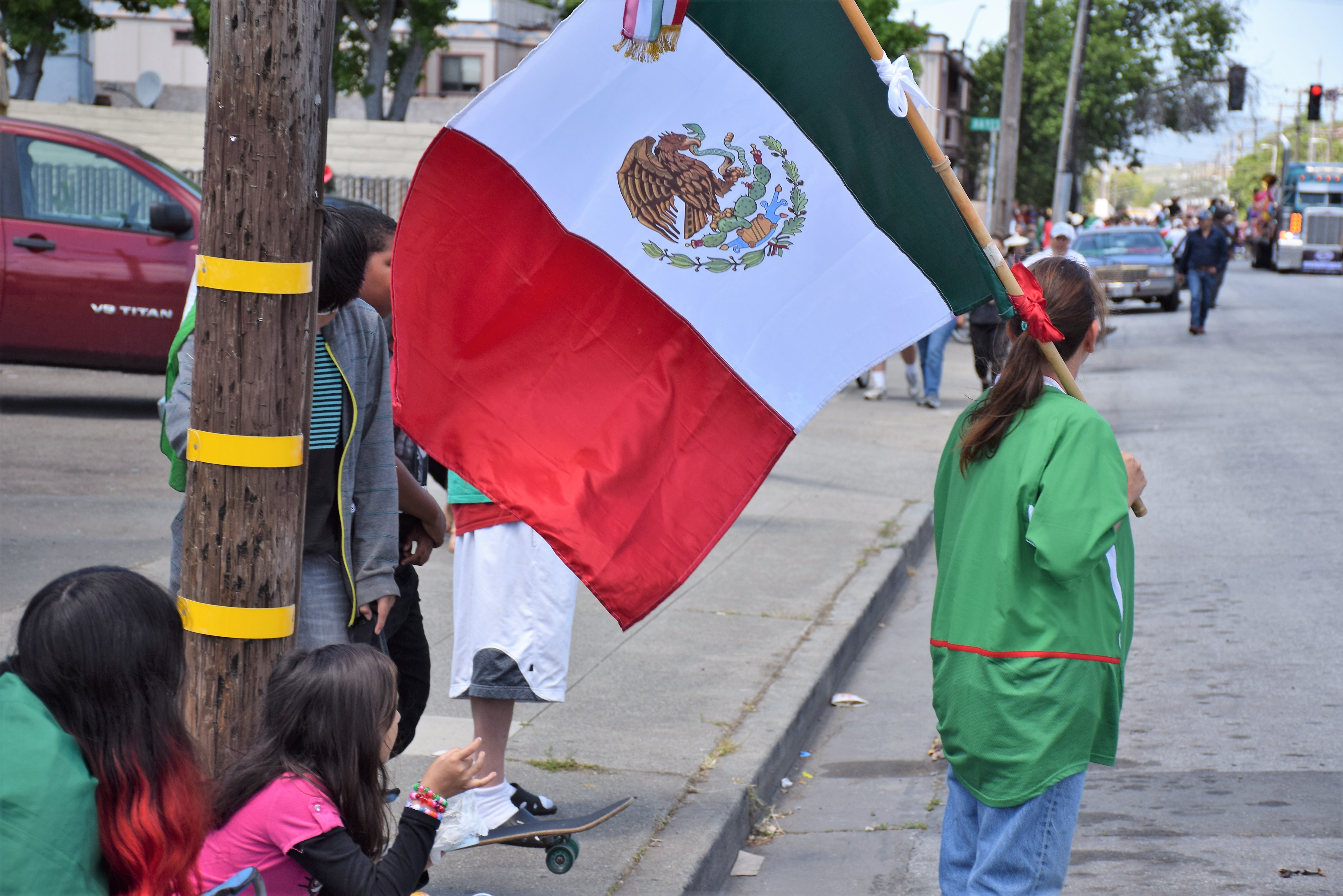 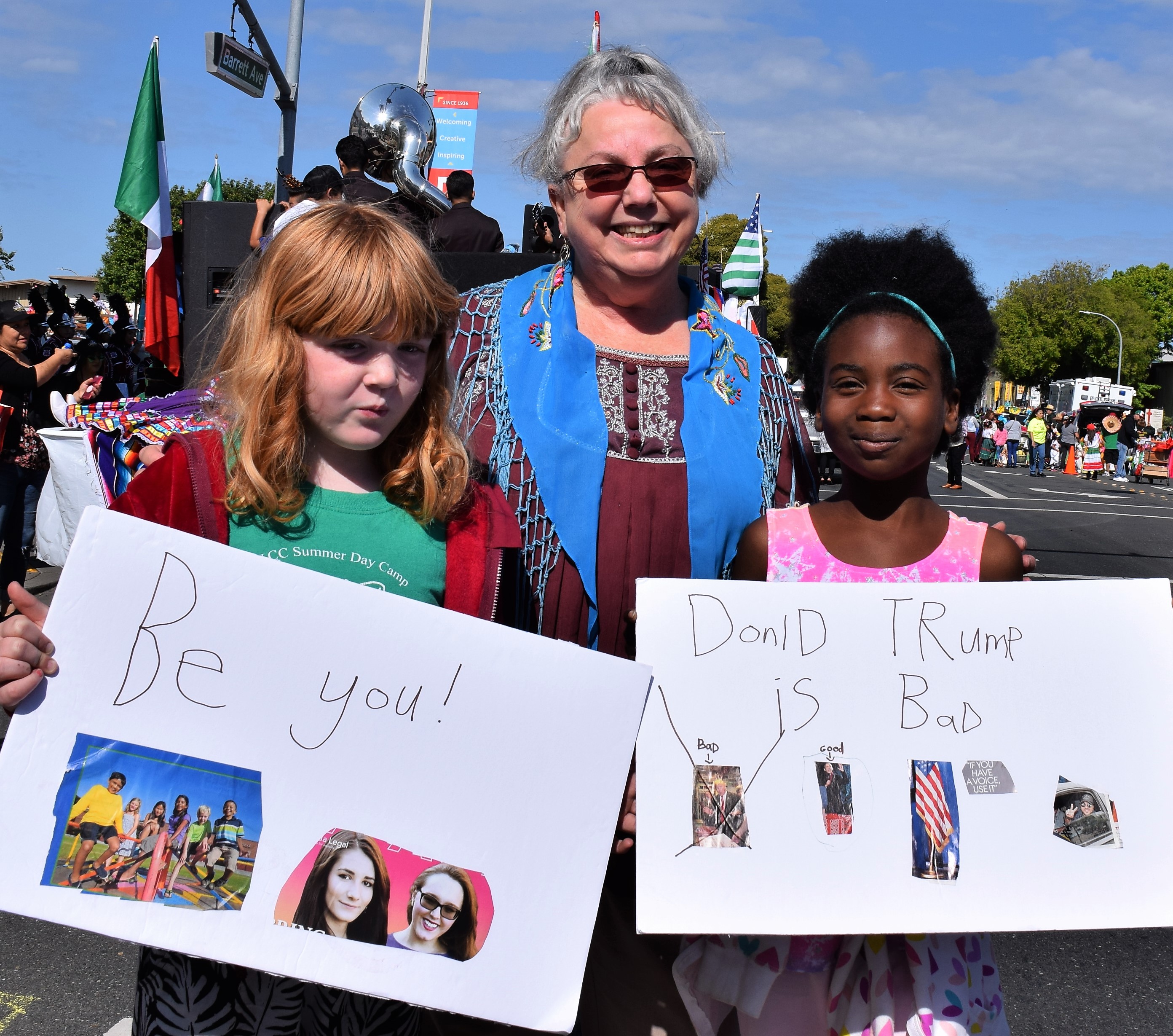 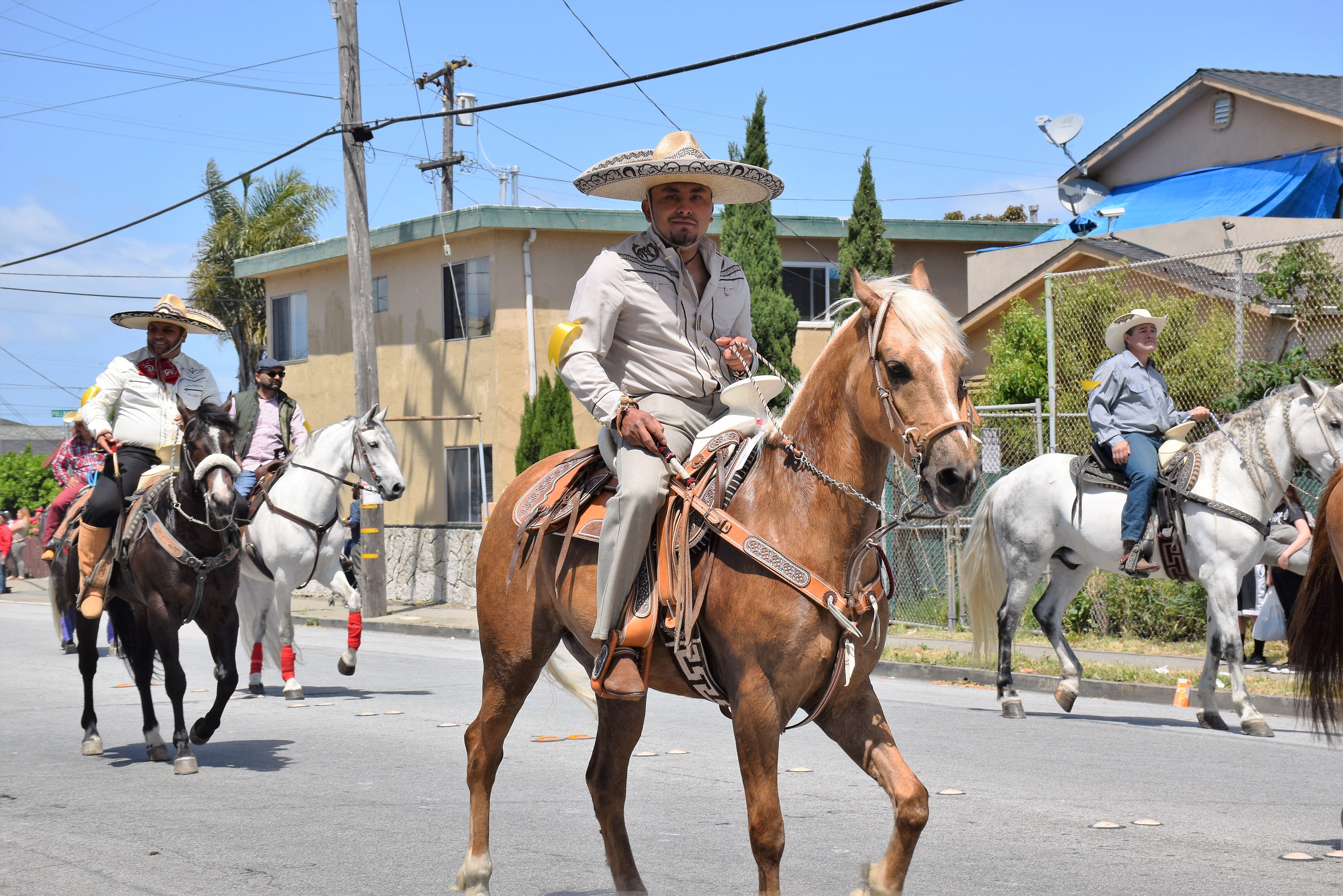 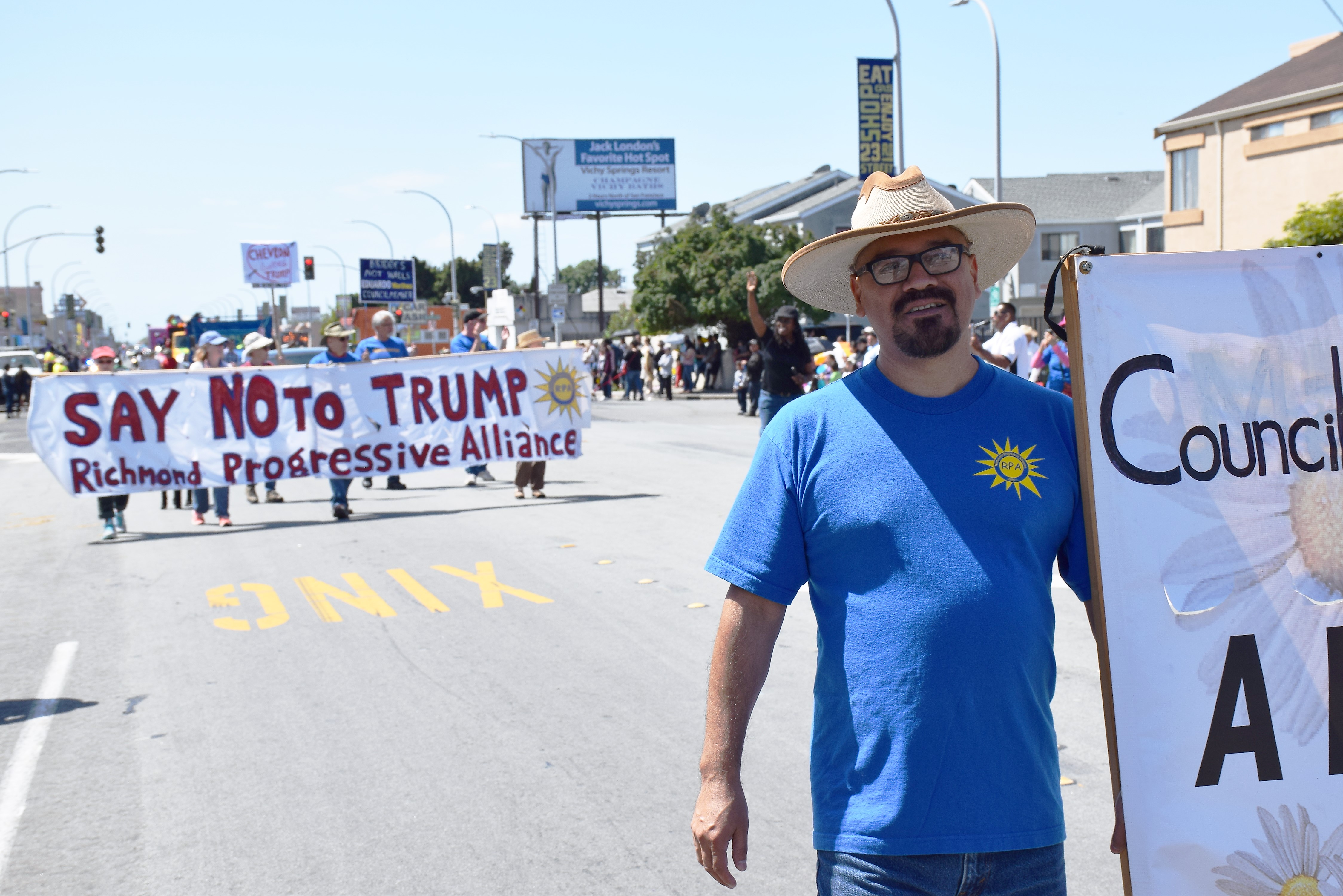 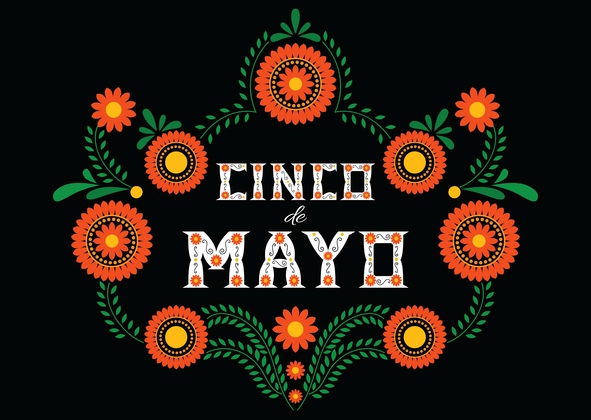 The California Values Act, SB 54, cleared an important hurdle on Monday, and is poised to move to a full Senate vote. The bill would prohibit state and local law enforcement from acting as federal immigration officers and bans immigration enforcement at public schools, hospitals and courthouses.

SB 54 has been met with staunch opposition from the California State Sheriffs' Association, including Contra Costa County Sheriff David Livingston. On Wednesday, local activists turned out in force at a Martinez rally to protest Livingston's active campaign against the bill. They also called for the release of Yazmin Elias, a mom and domestic violence survivor currently held in the West County Detention Facility under the Sheriff's multi-million dollar contract with ICE.

Meanwhile, the sanctuary city movement in California has continued to grow. On Tuesday, the El Cerrito city council unanimously voted to declare itself a sanctuary city by adopting a policy of not gathering or release information about the immigration status of residents to federal authorities. The council also called for Contra Costa supervisors to do the same, and passed a resolution in support of SB 54.

And on Wednesday, Richmond announced a lawsuit against Trump's executive order to deny federal funding to sanctuary cities. Richmond currently receives about $77 million per year in federal funding. "We will not allow intimidation to disrupt our commitment to our residents and their safety," said Mayor Butt at a press conference. San Francisco announced a similar lawsuit in January.

Finally, if this news is leaving you inspired, please consider joining the new RPA Immigration Action Team, which had its inaugural meeting this week. Contact Sharron SK Williams at [email protected]