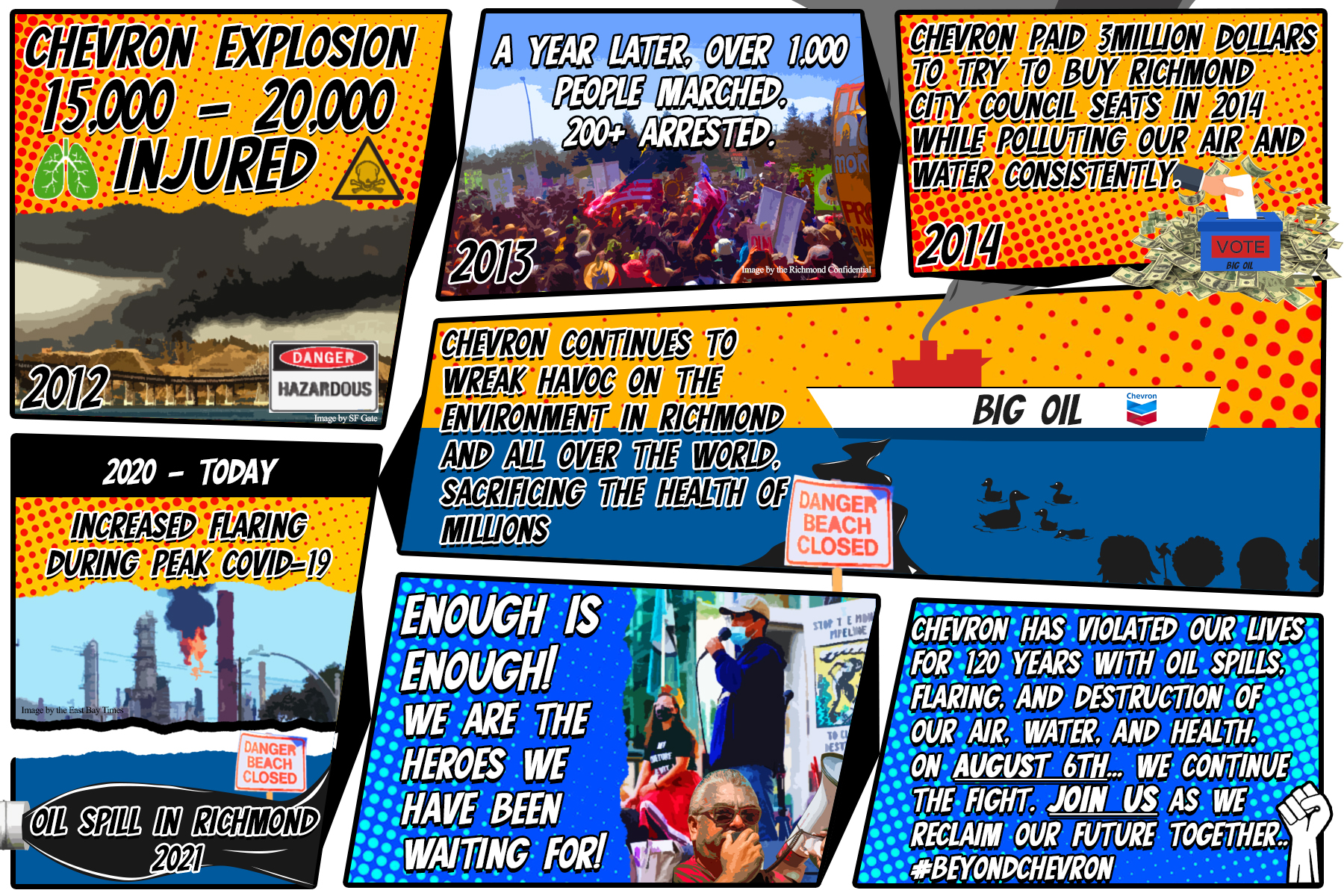 END CLIMATE CHAOS! On Saturday, August 6, hundreds of Richmond residents are coming together to commemorate the 10-year anniversary of the 2012 Chevron Refinery Fire. We will be marching to Chevron to send a message that we REFUSE another 120 years of violence on our bodies, our communities, our air.
JOIN US!!

“120 years of broken promises, no accountability, profit at the expense of our health and climate. Our health is not for sale!”

March with us, make art with us, and cheer us on at the various activation points we will have in Richmond. Share our stories of resilience as WE FIGHT to END CLIMATE CHAOS! 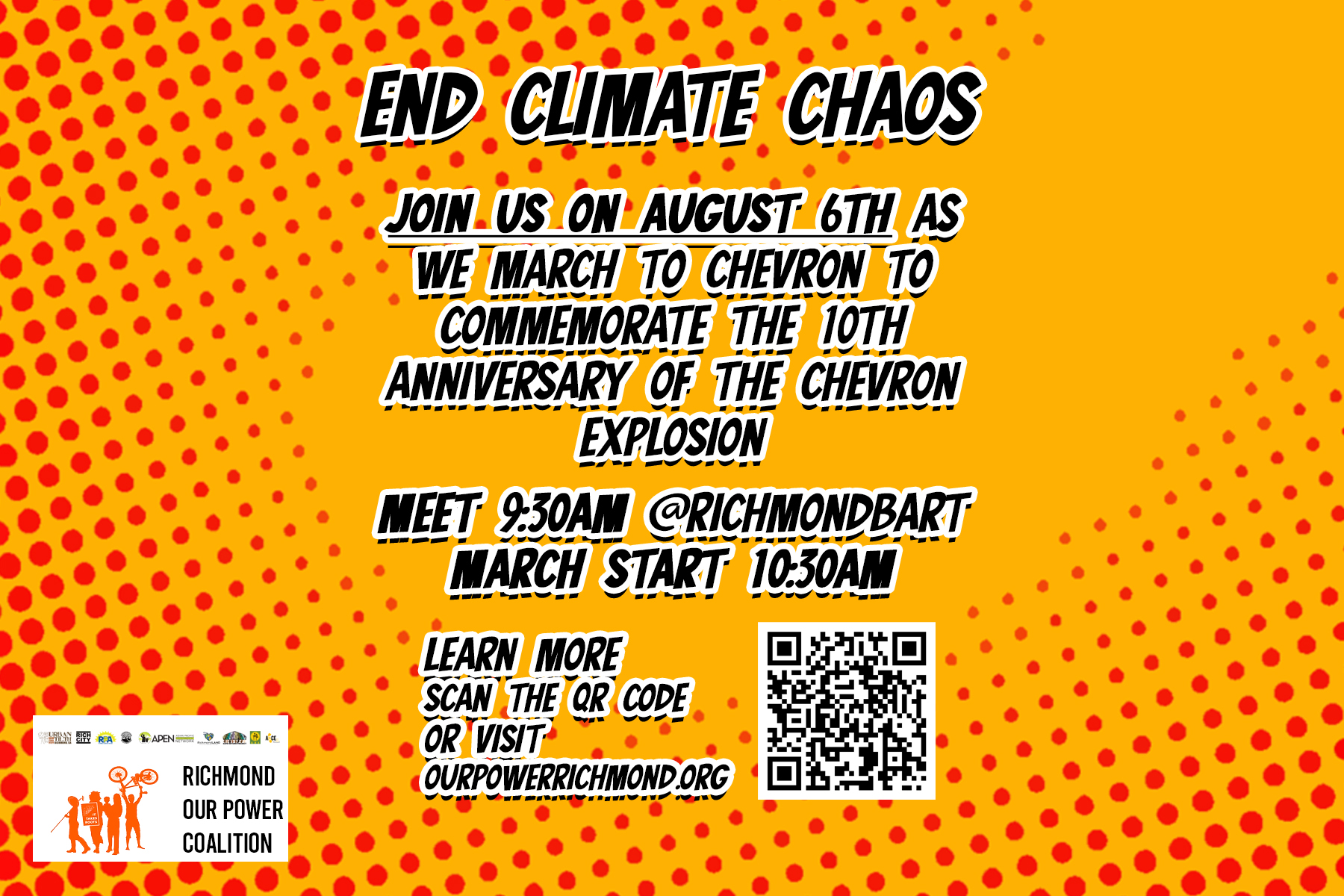