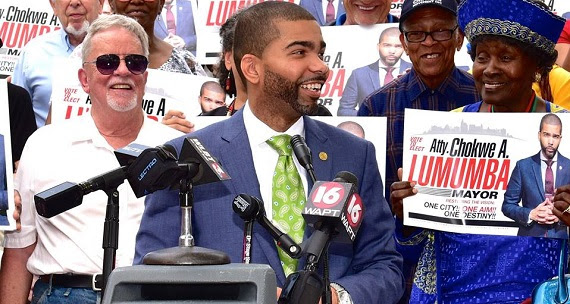 Just a few weeks after the November elections, Kate Shea Baird of Working Families Party wrote  an article titled America needs a network of rebel cities to stand up to Trump, in which she argued that “it will fall to America’s cities and local leaders to act as the institutional frontline of resistance against the Trump administration.”

But she is quick to point out that “cities can be more than just a last line of defense against the worst excesses of an authoritarian central government; they have huge, positive potential as spaces from which to radicalize democracy and build alternatives to the neoliberal economic model. The urgent questions that progressive activists in the States are now asking themselves are, not just how to fight back against Trump, but also how to harness the momentum of Bernie Sanders’ primary run to fight for the change he promised. As we consider potential strategies going forward, a look at the global context suggests that local politics may be the best place to start.”

Richmond has been one of the cities gaining national attention for its progressive politics. In a recent town hall, Bernie Sanders specifically gave a shout out to Richmond (the RPA is officially an Our Revolution affiliate), and the RPA Outreach team is busy giving presentations across the country to activists wanting to create durable progressive change.

The latest place to join the ranks of rebel cities: Jackson, MI. The sweeping victory of Chokwe Lumumba in the Democratic Party primary in Jackson Mississippi by a militant community activist shows how big changes are possible when people are willing to organize. Lumumba, whom the incumbent mayor described as “a scary radical” defeated that mayor and seven other candidates winning 55% of the total vote. Winning the Democratic primary in Jackson makes winning the general election almost certain. Lumumba’s campaign focused on addressing inequality, social justice and economic development.

For more information see his campaign website, and articles in the Jackson Free Press and the Clarion Ledger