Who is the RPA? It’s made up of volunteers with passion, progressive values, and who love Richmond. In this series, we get to know the new faces on the RPA Steering Committee. This month, we had the pleasure of speaking with Kabir Kapur, who came to the RPA after volunteering with the Bernie Sanders campaign. 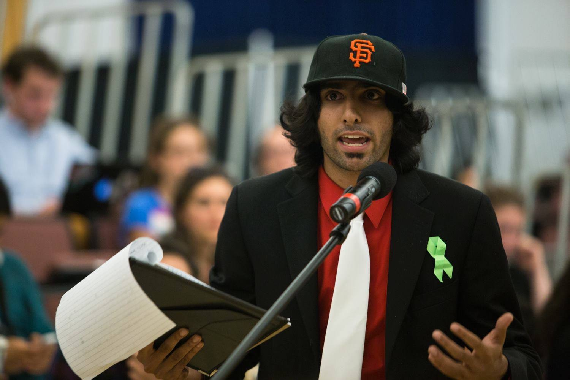 TA: Please tell us about your involvement progressive politics.

KK: I was involved with Occupy UC Davis in November of 2011, when the infamous Pepper Spraying incident occurred. The following quarter I was elected to the ASUCD Senate, the student government at UC Davis, running on a platform to “Empower Student Advocacy” by increasing student involved in lobbying on higher education issues in the Capitol in Sacramento and in administrative decisions made on campus.

KK: I believe that change and progress occur through coalition building and working with people that you may not agree on every political issue on but are willing to find common ground to accomplish a collective mission.

KK: I am interested in bringing a millennial perspective to the Richmond Progressive Alliance. I believe the future of our society and species depends on the actions of my generation, and that we must act swiftly and steadfastly to save the future of both our planet and species and evolve into a democratic socialist and humanist society.