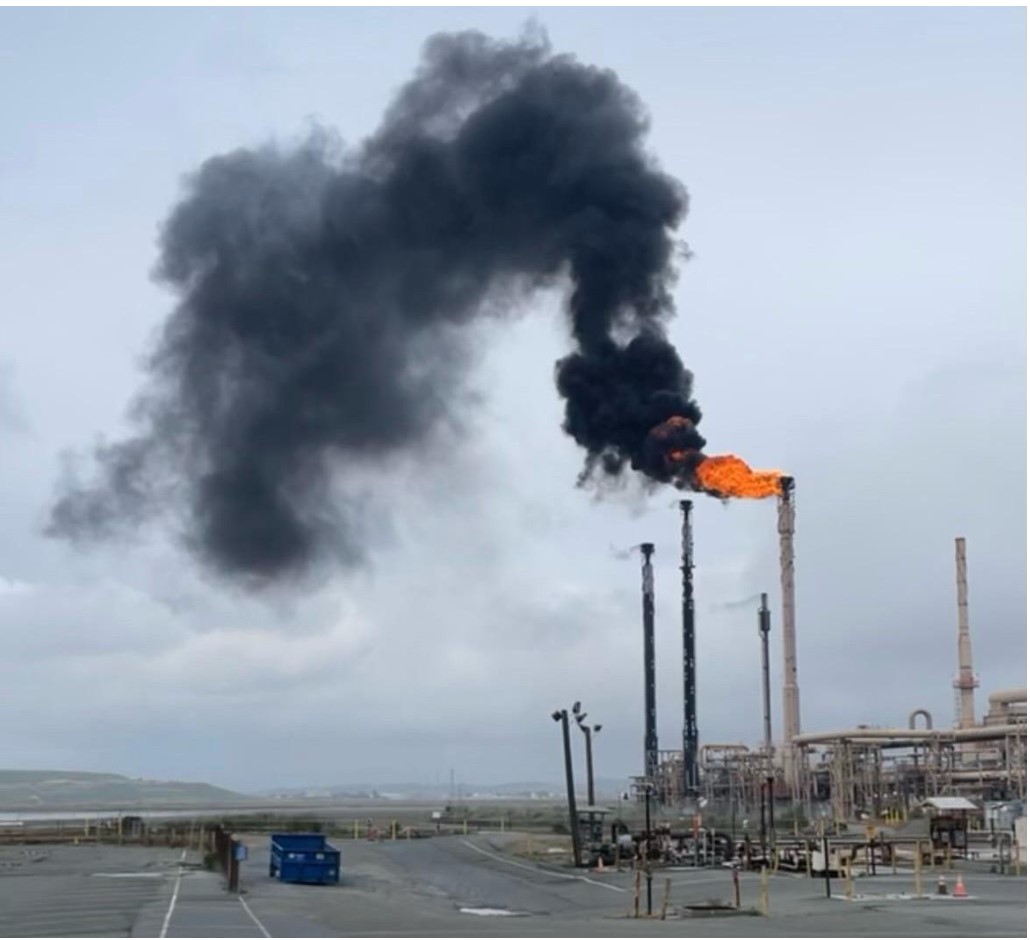 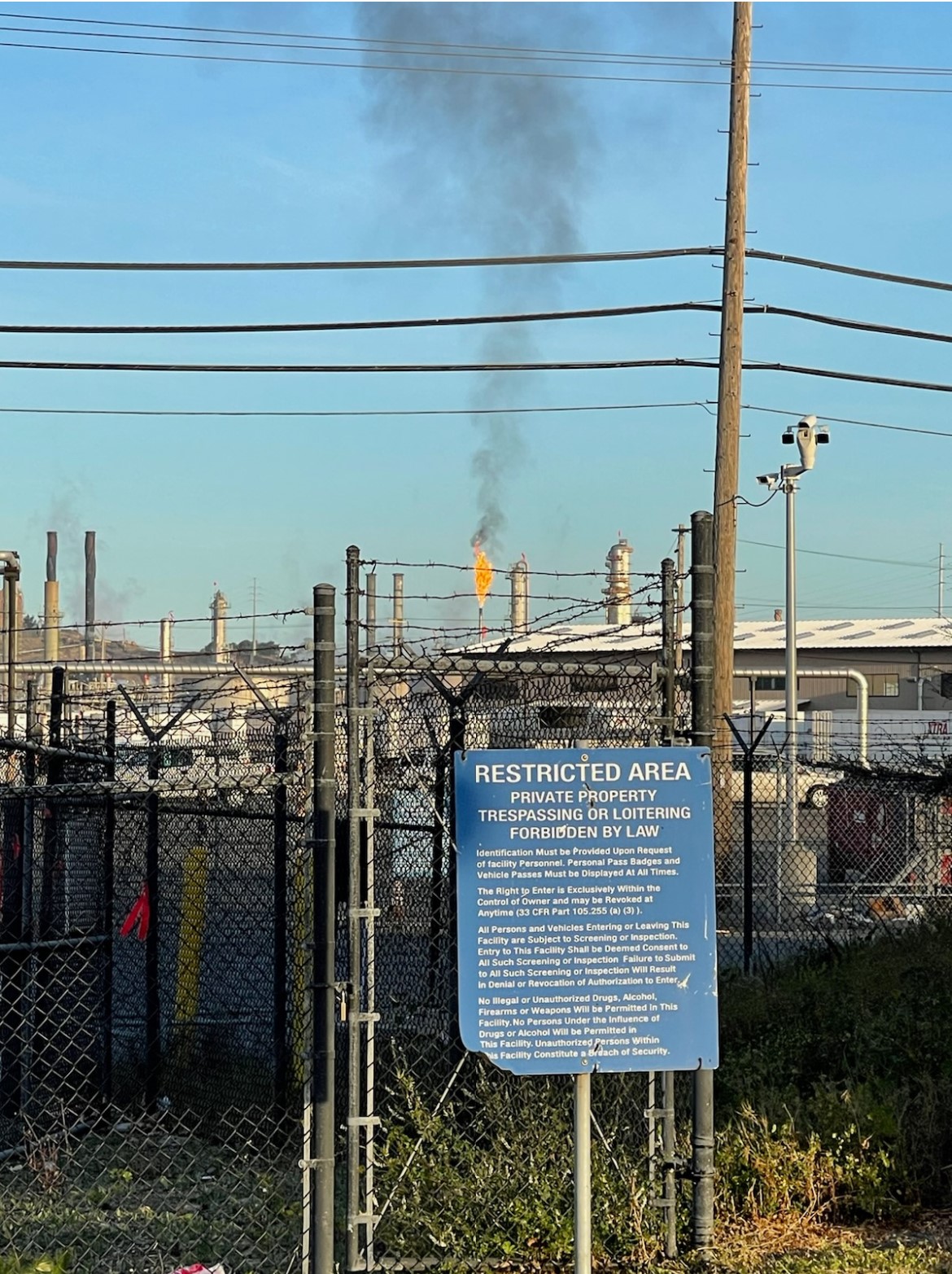 It is with the utmost concern for the health and safety of our Richmond residents and workers that we write this letter. It has been two months since over 500 United Steel Workers Local 5 refinery workers have been on strike at the Richmond Chevron Refinery, the oldest and largest refinery in California.

The possibility that a catastrophic event may occur, similar to the explosive fire at the Chevron Refinery, the oldest and largest refinery in California, in August 2012, is a critical threat given the recent strike of over 500 United Steel Workers Local 5 refinery workers for the last two months.

On March 21st, 2022, during the Richmond-North Richmond-San Pablo Community Emissions Reduction Plan (CERP) Community Steering Committee meeting, Air District staff recognized that BAAQMD inspectors were on alert for incidents at the refinery as a result of the less experienced workers currently operating the refinery. Staff assured the public that inspectors were using all tools at their disposal to hold Chevron accountable for incidents that release toxins into our atmosphere. However, at the following meeting on April 25th, 2022, there was no follow-up or mention of investigations or inspections during our Environmental Justice Concern Updates. This shows a pattern of gross negligence on BAAQMD’s part in being transparent and accountable to our service area residents.

As residents have joined the USW picket line, we have heard alarming accounts (see Appendix B) of experienced USW workers who continue to share safety concerns and technical knowledge of their specific units that have had flares, leaks, and the release of toxins into the environment. As frontline workers who are now on the picket line 24 hours/day, they have called BAAQMD to make complaints and share the extreme risk of leaving these events uninspected and uninvestigated.

These are unprecedented times, as there has not been a strike in 40 years, and unprecedented measures need to be taken to protect our community’s health and safety. The current rate of increases in flaring events, leaks in units, and toxins being released into the atmosphere compared to the rate of operations need to be fully investigated (See Appendix A). The current operations under Chevron management threaten our very existence as over 15,000 people were sent to hospitals during the 2012 explosion., Wwe fear that the current operations will not only lead to more than hospitalization but will result in human fatalities in Richmond and devastating long-term health consequences. BAAQMD has never had the responsibility it does today to regulate air quality pollution in order to protect the health of our community. Unprecedented times demand unprecedented measures that need to be taken to protect our frontline community’s health and safety. Normal inspection procedures will not suffice.

To ensure our safety, we are making the following demands: 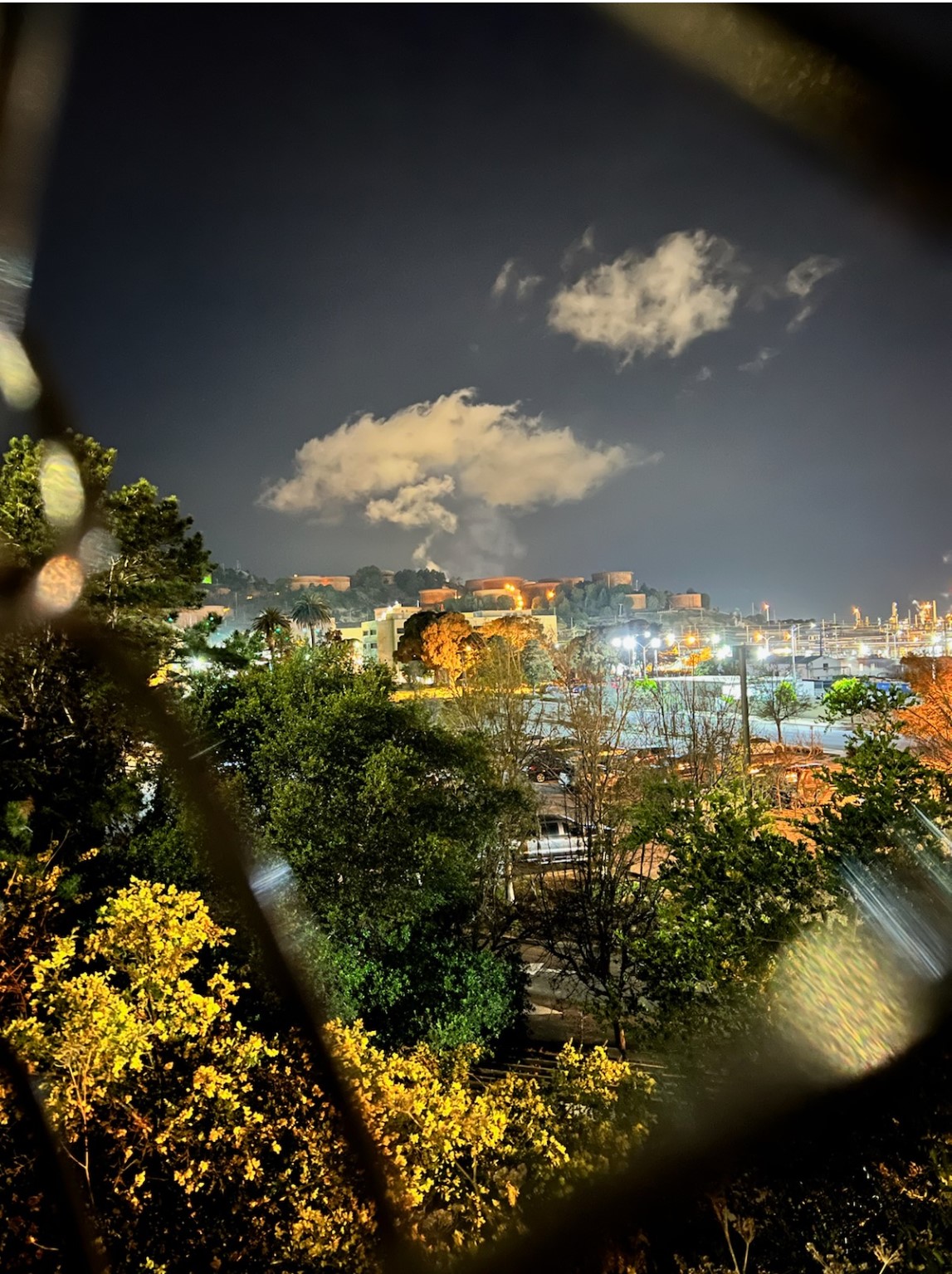 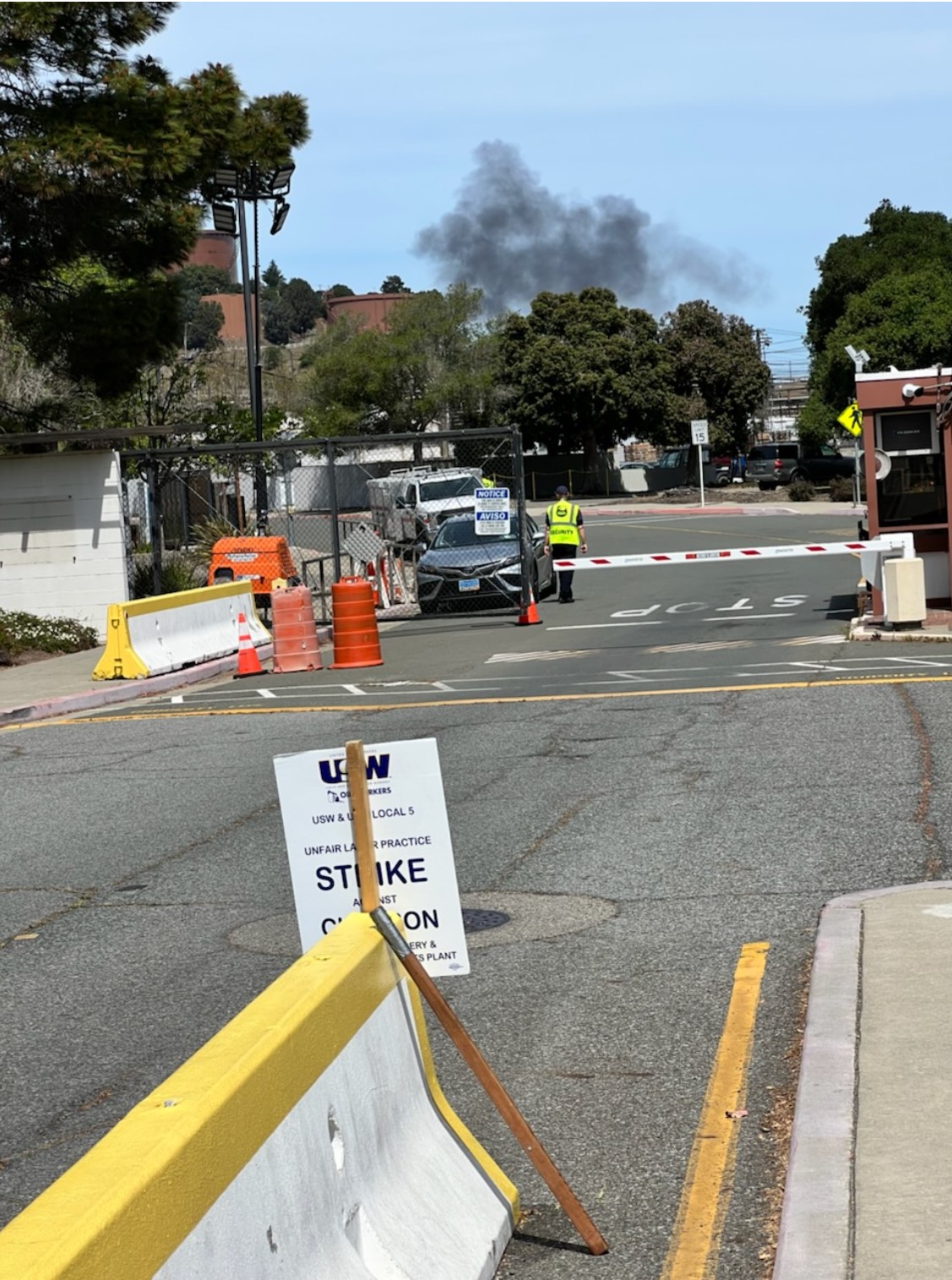 Location unknown—appears to be the Refinery North Yard (the first of three releases in one hour). April 10, approximately 12 pm. 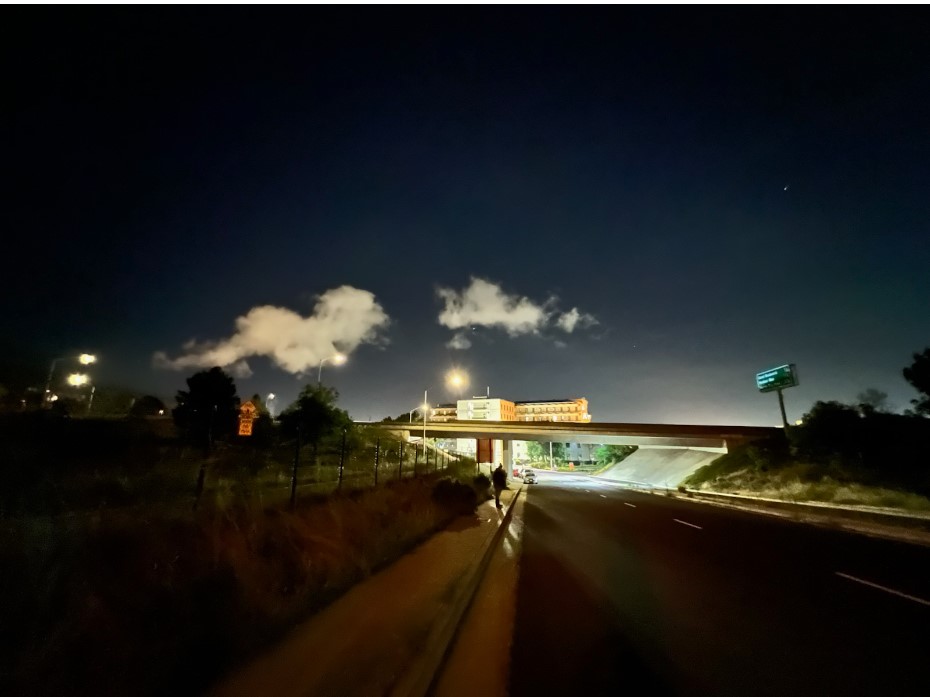 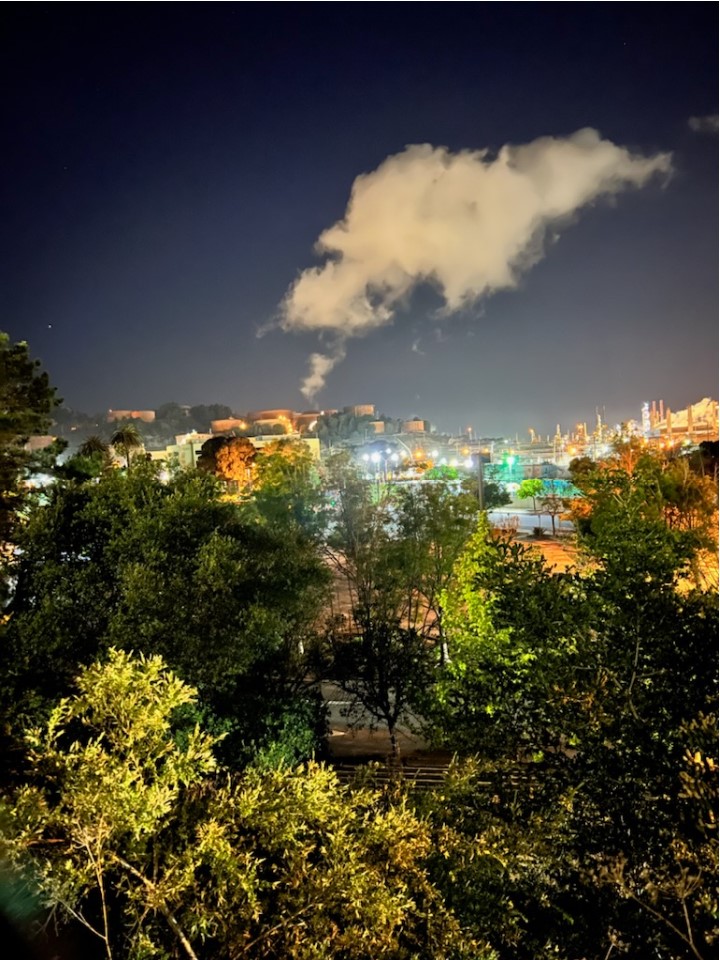 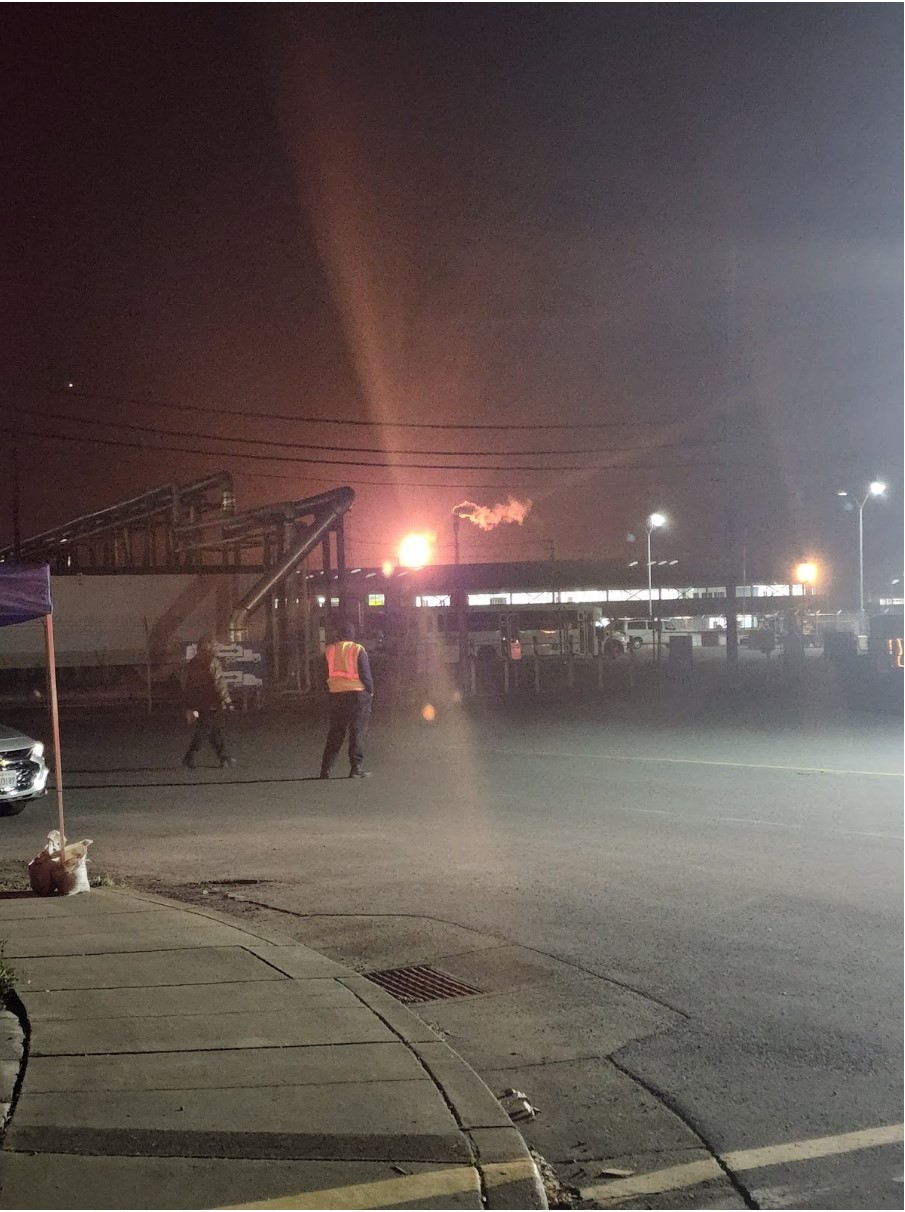 I’ve been a Process Operator at Chevron since 1991. Currently I’m a Head Operator at the North Isomax-Hydroprocessing Plant. This plant makes transportation fuels that include Jet Fuel, Gasoline, Butane, Propane as well as quality feed stock for the Fluid Cat Cracker (FCC) Plant by using Modular, Single and Dual Stage Hydrotreating and Hydrocracking Reactors in a Hydrogen rich environment under high pressures and temperatures (>1200psi and 800°F). This plant also includes Separation, Distillation, Fractionation and Gas Recovery processes.

Under normal operating conditions, the flares should sit idle without any process gases being burned. All flares do have pilot lights at the top of the stacks to ignite and burn any relief gases exiting the flare stack. These pilot lights work just like the ones in most gas fired hot water heaters in homes. Though, on occasion, the flare stack pilot lights have been known to burn out and require relighting by a trained operator.  Without pilot lights, relief gases could be released to the atmosphere unburned and left in their raw state. Some of these raw gases include, but are not limited to, light to heavy hydrocarbons, Hydrogen Sulfide (H2S), Ammonia (NH3) and of course NOX and SOX.

As mentioned earlier, these flares shouldn’t be active unless there is a process upset that requires immediate reduction in pressure or there is an equipment failure. All piping and equipment within the refinery has designed operating limits.  Some of these limits include, operating pressures, temperatures and flow rates. Much or the equipment, piping, pumps, reactors, vessels and columns (there are more too), are protected by Pressure Relief Devices (PRDs). These are automatic valves that open when a set pressure is exceeded.  Many of these PRDs relieve into the plant’s Relief System. The Relief System is supposed to separate liquids from gasses to be reprocessed within the refinery. When relief gasses exceed the capacity of the the Relief System, they go into the flares to be burned in the atmosphere.

There are also various Automatic Depressing Systems (ADS) associated with various processes within the refinery.  These are computer monitored and controlled. When a certain condition is met that could lead to exceeding the operational limit of equipment, the ADS will recognize the condition and open sequential valves from the equipment into the Relief System.  Whenever this occurs it is nearly certain to lead to large flaring activity. Well trained Operators closely monitor their equipment and stay well away from the operating limits that would trigger activation of the these ADS’s. In my 30 years of operating, I have never triggered an ADS system. Though, we do test the system monthly to ensure it is working properly.  Proper testing of the ADS does not lead to flaring but it is a complicated testing procedure and if done improperly, can lead to flaring.

Various process upsets can require operations to send process gasses to the relief system. Properly trained Console Board Operators (CBOs) constantly monitor process conditions to ensure safe operation. Through extensive training, fully capable CBOs know when certain process upsets warrant sending the process to the flare in order to prevent severe equipment damage, Loss of Containment (LOC) and even personnel injury and impacts to the environment. In my process unit, it takes an Operator well over a year to become fully qualified as a CBO. At a minimum we require an Operator to be assisted on the Control Board for a minimum of one year before we even allow them to begin the testing process to qualify as a CBO. The testing process includes a written exam and an oral review panel with at least three examiners. Testing also includes a Simulator Exam where the Operator is tested on their response to various emergencies on a Simulator that mirrors the exact process and equipment they are expect to operate.

As you can see, there are many ways flaring can occur. They all are normally managed by well trained and capable Operators. I often joke that it takes less time to become a practicing Doctor than it does to become a Head Operator in my plant. It took 11 years before I became a Head Operator. Even then, I still felt I wasn’t ready. I respect the incredible amount of energy that exists within the components that make up my plant. I understand and have unfortunately witnessed the catastrophic damage that occurs when said components are not properly managed, maintained and operated. To think that the people currently operating that refinery were trained in just the last year (much of that time while working remotely, outside the refinery), is an insult and places my profession, the industry, the environment and the community at great risk.

I sincerely hope this information helps put into context my concerns in respect to all the flaring activity we’ve witnessed in the last month.  Please let me know of there is anything else I can do to help.